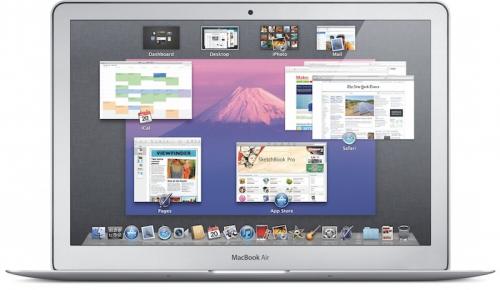 Apple just released the first developer preview of their new operating system “Lion.” If you are a paid Mac Developer you can download the release directly from Apple’s App Store.

Be sure to check out Apple’s new Lion page for an in depth overview of all the new features including: Launchpad, Air Drop, mission control, mail 5, auto save, resume, etc.

Since we are official developers we have access to Lion before it comes out to the general public this Summer. Please post your feedback and bug reports at: https://leimobile.com/post-your-thoughts-of-mac-os-x-lion/

CUPERTINO, California—February 24, 2011—Apple® today released a developer preview of Mac OS® X Lion, which takes some of the best ideas from iPad™ and brings them back to the Mac® for the eighth major release of the world’s most advanced operating system. Lion features Mission Control, an innovative new view of everything running on your Mac; Launchpad, a new home for all your Mac apps; full screen apps that use the entire Mac display; and new Multi-Touch™ gestures. Lion also includes the Mac App Store?, the best place to discover, install and automatically update Mac apps. The Lion preview is available to Mac Developer Program members through the Mac App Store today, and the final version of Lion will ship to customers this summer.

“The iPad has inspired a new generation of innovative features in Lion,” said Philip Schiller, Apple’s senior vice president of Worldwide Product Marketing. “Developers are going to love Mission Control and Launchpad, and can now start adding great new Lion features like full screen, gestures, Versions and Auto Save to their own apps.”

Mission Control is a powerful, entirely new feature that unifies Exposé®, Dashboard, Spaces®, and full screen apps to give you a bird’s eye view of every app and window running on your Mac. With a simple swipe, your desktop zooms out to display your open windows grouped by app, thumbnails of your full screen apps as well as your Dashboard, and allows you to instantly navigate anywhere with a click.

Launchpad makes it easier than ever to find and launch any app. With a single click, Launchpad displays all your Mac apps in a stunning full screen layout where you can launch, re-order or organize apps into folders. You can also arrange apps into multiple pages and swipe between them.

Lion brings the full screen experience that iPad users love to the Mac. With one click, your application window goes full screen, taking advantage of your Mac’s brilliant display. You can swipe from one full screen window to another and even back to your Desktop or Dashboard.

New Multi-Touch gestures and fluid animations give you a natural and intuitive way to interact with your Mac. New gestures include pinching your fingers to zoom in on a web page or image, swiping left or right to turn a page or switch between full screen apps and swiping up to enter Mission Control.

Lion also includes the Mac App Store, where you can find great new apps, buy them with your iTunes® account, and download and install them in just one step. Apps purchased from the Mac App Store are installed directly into Launchpad.

Additional features in Lion include:

Apple designs Macs, the best personal computers in the world, along with OS X, iLife, iWork, and professional software. Apple leads the digital music revolution with its iPods and iTunes online store. Apple is reinventing the mobile phone with its revolutionary iPhone and App Store, and has recently introduced its magical iPad which is defining the future of mobile media and computing devices