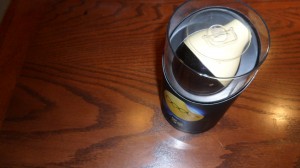 Peel is an easy to use and stylish universal remote for iPhone, iPod Touch, and iPad. All you need is the Peel Fruit, an iDevice, and a router. It was ridiculously easy to set up like seriously a five year old could do it. Just plug in the Peel cable into the wall and an ethernet port in your router, put the battery (which is included!) in the Peel Fruit, launch the app and follow like five steps, and your up and running. This was my favorite part of the peel experience because it is by far the easiest universal remote to set up ever. Once everything is up and running you can control your tv volume, change channels, play/pause (with a dvr), and control a ton of other supported devices including apple tv. Using the app to control your tv is easy and very helpful in finding something to watch. 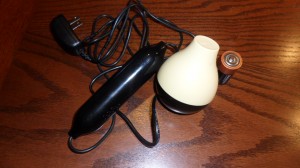 The Peel app will actually gather what you like and don’t like and you can favorite and block shows so they don’t show up or show up more often. This is awesome because now my favorite shows are brought to me instead of me surfing for them for who knows how long. One of my other loved parts of peel is that it finds all the movies playing from your provider. Not just the pay per view movies but every channel that is playing a movie. I use this all the time because each time you want to watch a movie Peel points out all the ones that are on without the extra pay per view fee. Now the only thing that I don’t like is you cant really channel surf by just flipping channels or typing in a number. This is pretty bad because sometimes you just want to know what is on a channel because all the suggested shows Peel has provided you don’t want to watch and so it would be really nice to manually look for shows that might not be suggested. Either way the Peel is way to functional in other areas to let that one flaw be such a bad thing. I love using it and plan to stick my old DirecTV remote in a drawer somewhere and never use it again. Go get one from peel.com and tell us what you think of it in the comments.