As my mantra goes by the principles of the Barnabus Stinson, new is always better. While all the years I’ve spent back in my gaming days were too absorbed with the whole Mario Kart craze, this time, it’s time to give a chance. Maybe out of a whim or because of its claimed merits. What I’m talking about is EveryMart for Kakao. Purely reminiscent to Mario Kart but at a different pace, staging, and rubrics. Definitely something new and better. 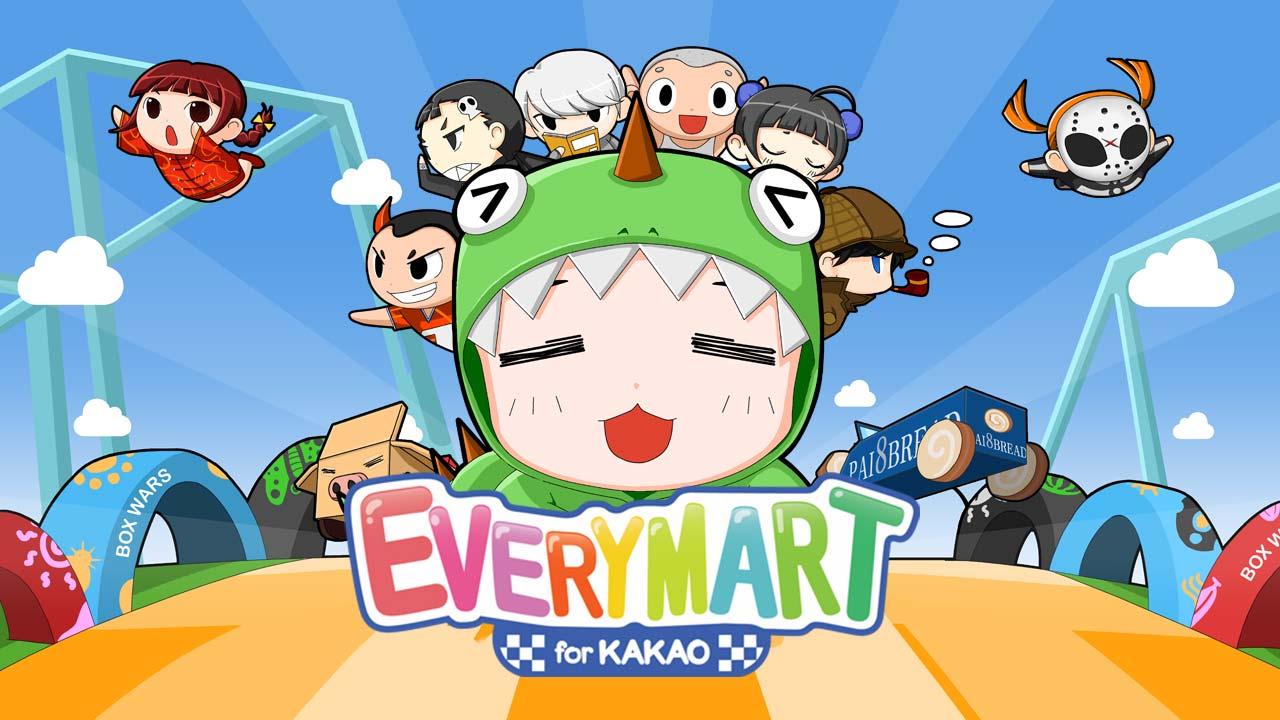 Out of the Ordinary:

EveryMart for Kakao is an Android app that will make you realize how thinking like a tad bit ahead of a toddler is always better than that of an adult, for the reason that you can conjure a lot of crazy things inside your head. Like driving a race car in the market for instance. It’s purely liberating, the concept of it. You get to compete with other cartoon kiddos in technicolor boxes with seemingly wooden wheels that amazingly hover like luminaries to the passages of the divinities.

And the environments, they are purely enthralling with all the blends of your childhood affinities, from the pool of plastic balls to the kiddie fire trucks, from milk stands to fancy juice refrigerators. And, all the other sweet stuff you could think of to eternity! A game that defines the limitations of a kid’s mind: non-existent.

EveryMart for Kakao is conceptualized under the influence of diverse kart racing references. And thus, a wonderful output is exhibited. There are different modes of playing the game. First of all, there’s the multiplayer race where you can compete with three to six other kart racers in the market’s unintended raceways. Another mode of playing the game would be the one-on-one with your friend or an AI. 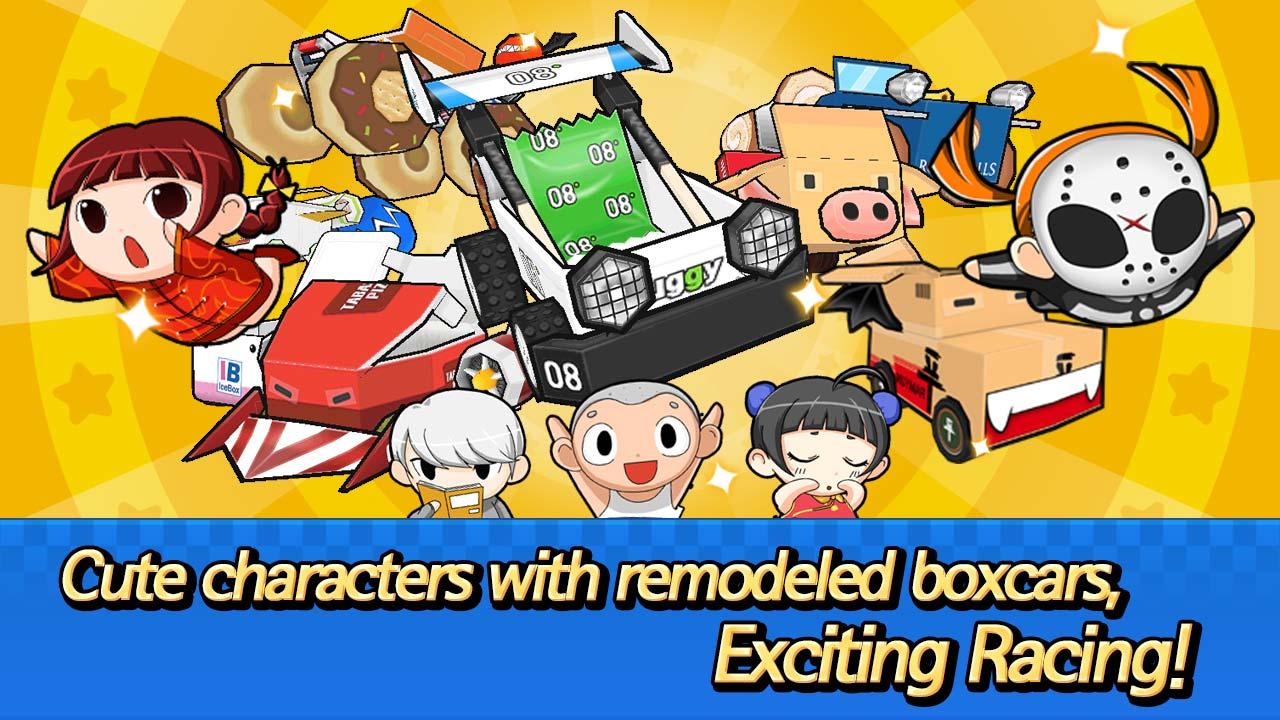 For starters, the latter would be a good choice. And then you add another mix in the batter until you end up racing with five other competitors making you the sixth in the lineup but not by the outcome. After all, racing is all about winning. But the difference in this game, you do it for fun and not winning does not mean a losing game, which is what makes it awesome.

Another magic in this game is that you can collect items from the market to boost your game up. You can collect carrots, bananas, daikon, apples and drinking waters to keep your character refreshed and moving forward at a much faster meter per second rate.

There are obstacles in the games too. One would be the barricades that are spread throughout the tracks. You just have to avoid them and so you need to practice. To not make your efforts futile, there are checkpoints, too, so you can carry on to where you have once endured and thus move forward. 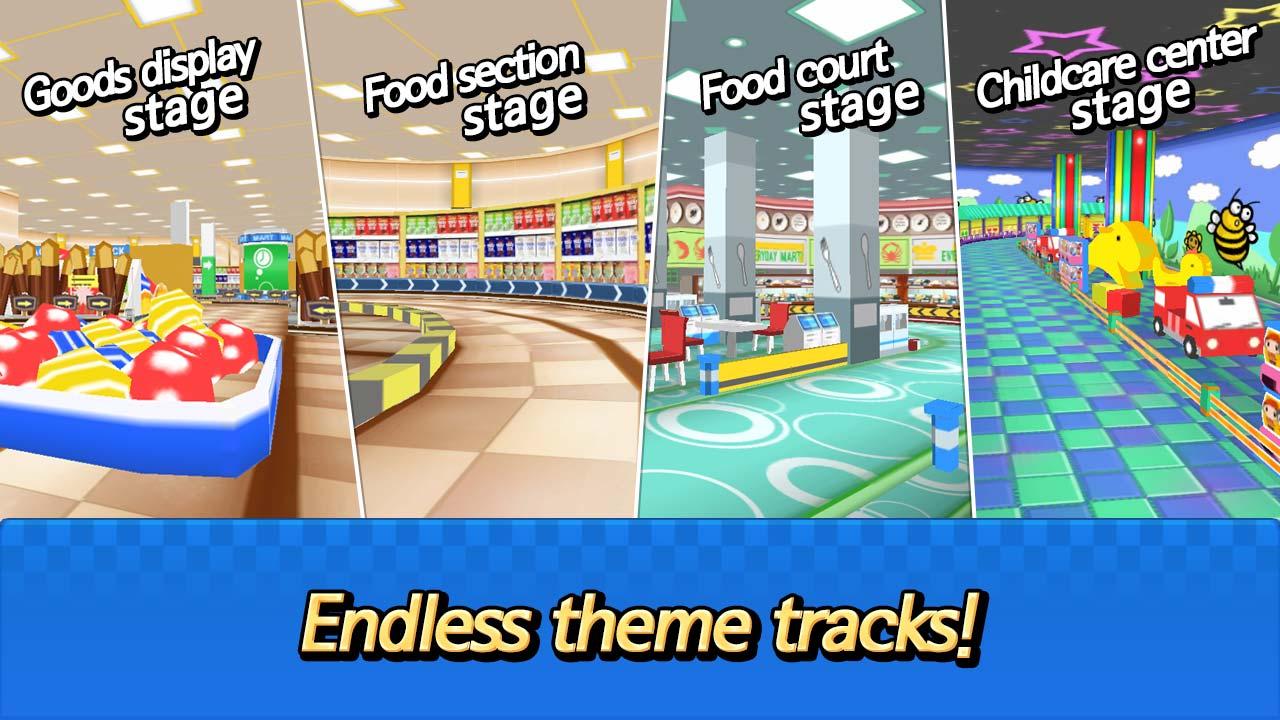 Also, there’s the element of real action in EveryMart for Kakao. You can hover in midair and shoot those boosters in style so you can fortify your skills along the process. And with that, you can experience the whole Fever Time Bonus that allows you to collect all the basket items you will need.

The graphics? It’s impeccable. For an Android app, it goes beyond the borders and doesn’t only hit the bars but actually raise them higher and higher. Shell shading cute fairy-tale like characters, fully interactive environment, effects that only real gaming experts can deliver. All of these make this race-type game on top of all its competitors.