To access a mobile device like an iPhone fully, a user has to use its audio features. Developers have updated phones with audio functions that users should take advantage of.

One way to do this is with Swizzle, a free music playlists application developed by Ideabove. Available on the iTunes Store, it makes playing music and organizing music playlists easier than before. Ideabove designed Swizzle for mixing and looping Youtube playlists. It allows users to organize and play song lists based on theme and mood. 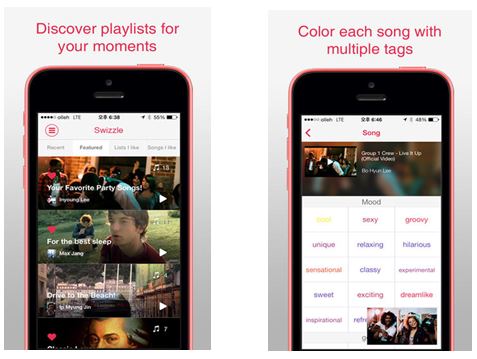 Users can invite their friends to collaborate with them to compile playlists. They can share lists with each other anywhere, on the go. Open sources from Youtube power these lists, making it possible for them to flaunt their music knowledge at any time. They can also meet others who share the same interests in a music genre.

Swizzle supports continuous and background play. Users can stop playing music where and when they want to. Users begin using the application by accessing its main user interface. This page has a link for them to click on and start creating a Swizzlist or Swizzle playlist. They can add music to their Swizzlists from recommended selections or friends’ suggestions. Adding music by viewing a friend’s playlist is also possible.

The organized user interface is user-friendly. Users can create multiple lists and use the functional search feature to look for friends who are also using the application. They can also use the “like” feature to bookmark their favorite songs. To add, the continuous loop feature allows them to listen to music for long periods of time. They do not need to bother about constantly reloading lists.

What makes Swizzle a cut above other music applications such as Spotify or Pandora is the organized interface, noticed by important players in the technology industry. This helped it win BeGlobal 2014, a prestigious, Seoul-based global technologies conference. This confirms the applications’ reliability.

Further, the continuous play feature is one that Youtube users have clamored after for a long time. Before Swizzle, continuous play of Youtube videos was not possible. Swizzle is an application that will revolutionize music and social sharing. The application will enhance the way we use mobile phones.