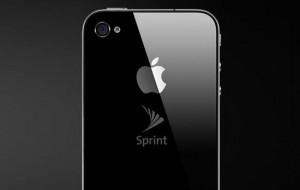 With AT&T-mobile on the horizon, Sprints stocks fell 15%.  That leaves them perfect for someone to swoop in and get a great deal on a network.  The question is, who?  Should Apple buy into the cell provider market?  They like to be in control of everything, and I would say this would put them in the drivers seat.  They would have their exclusivity back since neither AT&T-mobile nor Verizon would be interested in selling phones for a direct competitor.

Or should Verizon try and put an offer on Sprint?  That could go two different ways in my book.  If they make an offer right away, they force the FCC/FTC into making a decision on the AT&T/T-Mobile deal.  It’s a win-win for Verizon.  If the FCC/FTC approves the AT&T-Mobile deal, how can they turn down Verizon/Sprint?  If they stop both of them, Verizon still stays top dog in the market.

The other way to approach it for Verizon is to wait and see if the FCC/FTC approves it, then come in with a low offer that Sprint will all but have to accept to prevent exiting out the back door of the wireless market.

Or do you have ideas for anyone else?  Comcast? Microsoft? Google?  Let us know your thoughts.