We heard a rumor that T-Mobile would release a carrier update and it appears that they have it ready. This update will allow visual voicemail as well as AWS LTE and HD Voice for the iPhone 5. To get this update you will need to plug into iTunes and accept the update or you can receive it via an over the air update. We will post more information as we receive it and have a hack for those jailbroken people who do not want to update and lose their jailbreak.

In their documents they state: 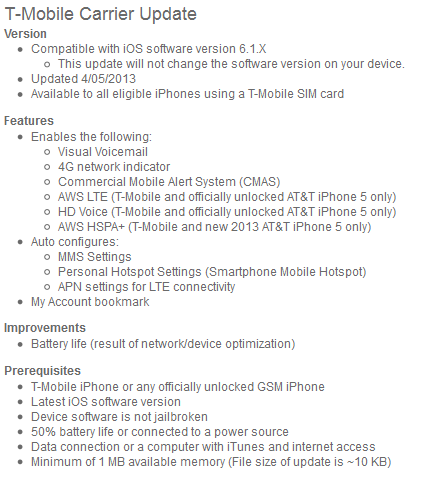