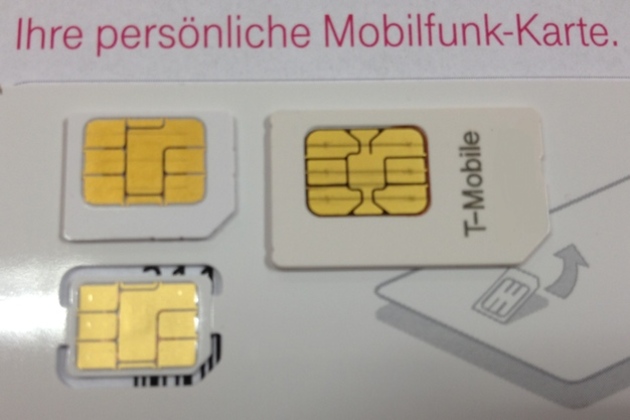 This is a placeholder for when we get new information about a T-Mobile Nano Sim. The iPhone 5 was announced today and it was confirmed that it will use a nano sim. This is something new and is even smaller than the micro sim. The iPhone 5 was the first phone to feature the nano simcard.

T-Mobile is huge overseas, but not here in the US. Here is a picture of what the nano sim looks like from T-Mobile. T-Mobile will have to have a nano sim available by the release of the iPhone 5, so we should have some more news by the end of this week or early next week. The iPhone 5 is going to be released on September 21st 2012.

Update: We have heard some news that T-Mobile USA will not have a nano sim available for the iPhone 5 launch. We have heard rumors that it will be mid October when T-Mobile gets a nano sim.
We have also heard that you cannot cut a micro sim. The nano sim is all new technology and the iPhone 5 is the only device that uses it currently.