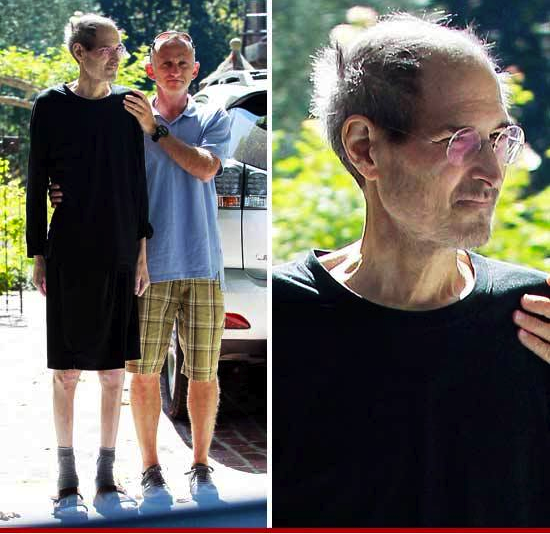 We have just received a picture that really tells a very dire story for former Apple, Inc. CEO, Steve Jobs. I think the picture speaks for itself. This picture was taken just 2 days after Steve resigned.

As you may remember, Steve said the following:

“I have always said if there ever came a day when I could no longer meet my duties and expectations as Apple’s CEO, I would be the first to let you know. Unfortunately, that day has come.”

When I originally read this quote, it didn’t sit well with me. I knew something dire had happened in regards to his overall health.

This photo confirms this.

I wish Steve Jobs the best in this life and the next. I don’t want to report his passing for many more years to come, but seeing this picture makes it very hard to be optimistic about his health.