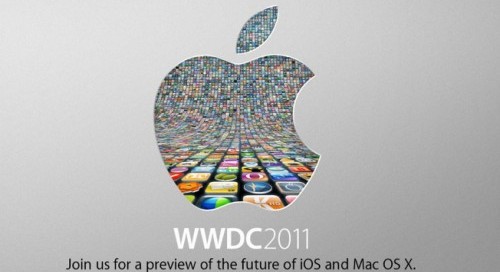 Hey guys, so WWDC is a short while away, I’d like to let you know what I expect to see at WWDC and what I don’t expect to see.

I will be updating this article with news with late-breaking rumors and leaks.

Definitely, Apple even said iCloud would be announced today. Now, as for what it consists of is a very big mystery. The music streaming portion of iCloud is definitely a go. However, some industry analysts say that we will only be able to stream tracks that we’ve purchased from ITunes, while others say Apple’s pre-paid for any pirated tracks that may be uploaded to iCloud.

iCloud is also said to be launched as a free service, for a year, then the price will go to $25 a year. A very reasonable price.

Now, I believe MobileMe will be discontinued and iCloud will be taking it’s place, this means you’ll be able to do everything MobileMe currently does. Some people are already receiving refunds if they recently paid for MobileMe.

This is a fairly new rumor. Some people are speculating that an updated Time Capsule will make it’s appearance at WWDC and then allow people to wirelessly sync and even update their iOS 5 devices, this new Time Capsule is also said to run iOS 5 and have an A5 chip inside.

Time Capsule To Be Your iCloud Server

This one also falls under the “late breaking” category. Some leaks suggest that perhaps our stuff won’t be stored on Apple’s new $1B data center, but rather, we can buy our own ICloud servers by having a Time Capsule do our bidding. It’s not a far-fetched idea seeing as even Steve Jobs has talked about this in the past, even as recent as the D8 conference.

iOS 5 is going to make it’s appearance. I don’t believe it will be released until “This Fall”. Us developers will receive a beta today, however.

100% certain. This and iCloud will be iOS 5’s biggest features. Apple hired an ex-Palm employee that worked on the notifications system, and even Peter Hajas, maker of MobileNotifier, the only MobileSubtrate extension that I would ever run on my iPhone 4.

We expect the notifications to look like the leaked picture we received late last night.

Definitely, expect iOS 5 to be a lot more social. Now, this is definitely a logical step, Apple is taking a page from Mango, and baking social networking into the OS. Also, don’t expect a bunch of boring “send to Twitter” buttons, Apple is expected to do something quite amazing with it.

Some VERY late breaking news. A tipster has said that iOS 5 will have an Android-like status bar that will reveal widgets as well as recent notifications by swiping downward on the screen! This keeps getting better and better!

Another late-breaking leak suggests that Apple will be bringing a BlackBerry Messaging type of service and putting it into iOS 5 using Apple’s “own MMS / SMS protocol which will be a native part of the phone” that’ll identify iOS users and “route the message accordingly.”

Yet another late-breaking rumor, looks like the lockscreen will also get an enhanced notifications view. It will have notifications (with their icon next to them) and if you drag them into the “slide to unlock” message, they will take you to the proper application. Cool stuff!!

Here is something that I am definitely waiting to hear more about. I believe we may finally see apps for the Apple TV. Also, I believe that iOS 5 will turn the Apple TV into something amazing, a lot more than a box to rent movies on, but now, a place where you can stream iCloud content right from the device. This will be a place to access EVERYTHING you own.

Here’s a rumor I never really wanted to believe. Apple still sells the iPhone 3G S, so it seems very stupid to stop updating it at this stage of the game. It would piss a lot of people off, however an A4 chip qualification is possible. I have both a 3G S and an iPhone 4 so I’m safe either way, but I’m sure a lot of you are stuck on old hardware and I just don’t see Apple killing the 3G S this time around.

As for the 3G S having 100% of the features in iOS 5, I doubt it. It’s tradition, Apple will slowly kill the older iPhone, not all at once like the rumor suggests.

My sources are saying that Mac OS X Lion is what we’ll be starting off with at WWDC.

Mac OS X Lion To Be Released On June 14th

Here’s a rumor that is very possible. I believe that developers will get a GM today, and the final release will be a week from today.

The distribution of Lion will be both digital and via a physical disc. Now, personally, I would like to have a DVD of Lion but I want it right away, so I will probably end up buying it on the Mac App Store.

I’ve got word saying that we will see a few new features and even some interesting interface upgrades. Remember Leopard? When Apple demoed it, it looked like Tiger, but then at WWDC, there were new interface changes, massive ones. I believe this will be the case today.

I just don’t see Lion being priced at $29 like Snow Leopard was. Snow Leopard was more of a service pack, than a brand new operating system. Lion has a ton of new features and the experience is completely new.I think Apple may price it at $99 or even at a surprise $49 price.