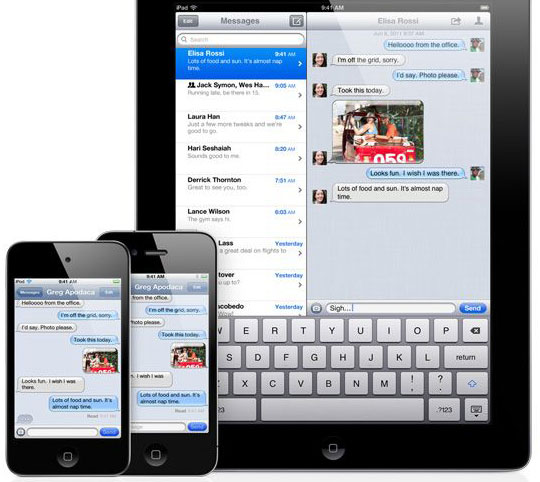 [UPDATE]: AT&T has confirmed this in a press release, also, AT&T has said that they will be making the same move to family plans and the only choice for family plans will be the $30 unlimited & “pay per message”.

Some news hitting us today, Engadget is reporting that AT&T will no longer allow new customers to sign up to the $10 per month messaging plan that included 1,000 SMS/MMS messages as of August 21st. Instead, they will only offer the $20 unlimited messaging plan and a $0.20 per message plan.

Outrage has been heard around the internet as customers that are on a budget must now pay $20 for unlimited text messaging, instead of just paying for a few text messages for a lower amount of money. We also expect Verizon to follow suit soon, as they have been right behind AT&T in the various pricing changes that take place.

I personally think that this is AT&T’s response to iMessages. Apple has pissed it’s carrier partners off enough to make AT&T take the initiative to kill the 1,000 messages plan that, coupled with iMessages, would practically be an unlimited messaging plan.

To recap, Apple really shocked it’s carrier partners around the world (who were all left in the dark until everyone found out) when, at WWDC 2011, Apple announced the Blackberry Messenger-like service that would work over Wi-Fi or 3G.

Hopefully, AT&T reconsiders, but if not, then new customers, it looks like the $20 unlimited plan would be the way to go, seeing as everyone sends a ton of messages and with them being $0.20 a pop, there isn’t much of a choice here, now is there.

Here is what AT&T had to say:

“We regularly evaluate our offers and are making some adjustments to our messaging lineup.