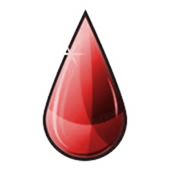 So now a ruby is going to join the ranks of the jailbreaking tools? According to who.godaddy.com George Hotz, creator of blackra1n and limera1n has registered a new domain name “rubyra1n.com”

Most people believe this to be another way of jailbreaking 4.2.1 using the exploit currently in use, I disagree. In my opinion it seems each iteration of -ra1n uses some other method to jailbreak iOS. More to come as this develops as the website itself is not fully established.

**The following view is not shared among us here at LEIMobile, it is solely my opinion**

I do hope this is another exploit to be used after the new hardware is introduced and is not to cause the drama and turmoil caused with the release of limera1n’s exploit. Drama jerks aren’t welcome in a fragile cat and mouse game such as this.