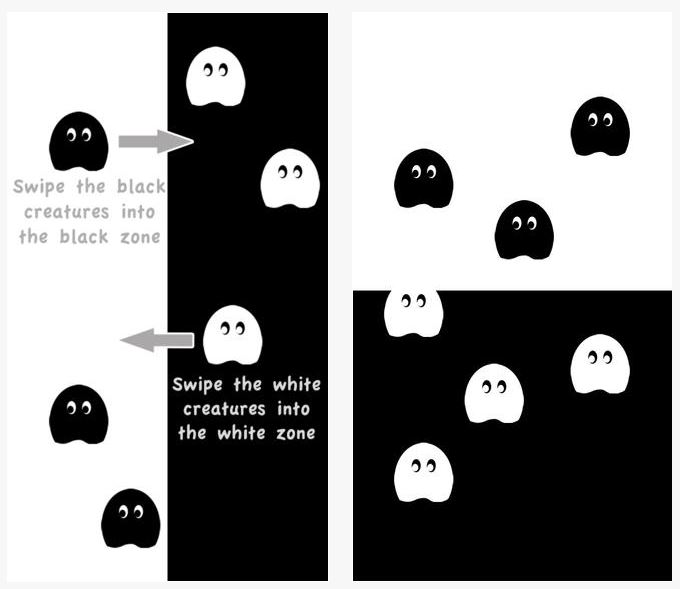 I just found this new game called Zippy Zone. It features 50 levels and you goal is to swipe the zippy creature into their correct color zone as fast as possible. Each level has a time limit and obviously the levels get harder and harder as you progress.

You do have to watch out as to when and where you are swiping as some of the zippy creatures will continue to move out of their zone. You finally pass the level when all zippy creatures are in their correct zone. After you have passed the level you will be able to see how long it took you to complete, a ranking of 1-3 zippy’s, the ability to share your progress on Facebook, and finally the ability to move on to the next level.

Overall I would have to say this game is rather addicting and has some very fitting music that can be annoying, but luckily you can turn that off in the settings. Another feature that you might find annoying is that the game is supported by ads and their is no in-app purchase option to remove  ads, but don’t let that bring you down as it is still a very enjoyable game.

Zippy Zone is developed by INBAL Tal and is available today on the Apple App Store for the low price of FREE. If you like simple addicting games, then this is one you may want to try out.