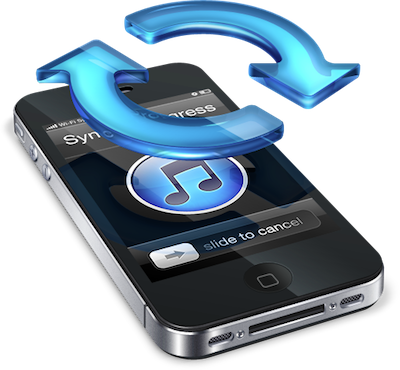 Hey everyone. Well, over the past few days, I have been reviewing a really cool product. You’ve seen it here and you’ve heard the rest of the media talk about it, I’m of course talking about Wi-Fi Sync!

This app is so cool. It allows you to sync your iPhone, iPod touch, or iPad with ease, by allowing you to sync wirelessly via Wi-Fi! This has been a very asked for feature from Apple, but hasn’t been implemented yet in an official manner.

Apple also rejected Wi-Fi Sync from the App Store, so the developer decided to bring it to the only place that doesn’t discriminate, Cydia!

Since it’s launch, people have been raving. So, I asked to get a review copy. Here’s what I found.

So, the set up is so easy. Now, I’m on iTunes 9.1 I’m sure 9.1.1 will
work (even if it kills your Spirit, but iTunes can be patched). All I had to do was go to getwifisync.com and download the installer package that installed the necessary service for me to be able to use Wi-Fi sync.

Then, I installed it and rebooted. It took just a few seconds. So, when you come back, if you have internet at home, you just have to make sure that both your iPhone/iPod touch/iPad and Mac/PC are on the same network. Also, make sure the Wi-Fi Sync app is running on your iDevice.

If you don’t have internet at home like I do. You can make an Ad-Hoc connection. On a Mac, just go to the Wi-Fi icon in the menu bar and go to “Create New Connection” and make your own Wi-Fi.

Now, it’s simple. Go to the little iPhone icon in your status bar, the Wi-Fi sync service and pair with that iDevice that you want to connect.

Now, open iTunes. You should now see your iDevice in iTunes! So just hit that nice “Sync” button and watch the magic unfold!

Now, the Wi-Fi syncing totally depends on your connection. I found it a tad slow, but it works. Now, I am running Wi-Fi Sync v1.0 so the newer v1.1 should run even better 🙂

I give Wi-Fi Sync a 4.0/5.0. The execution is great! I love how simple it all is, however, the speed could use a little work.