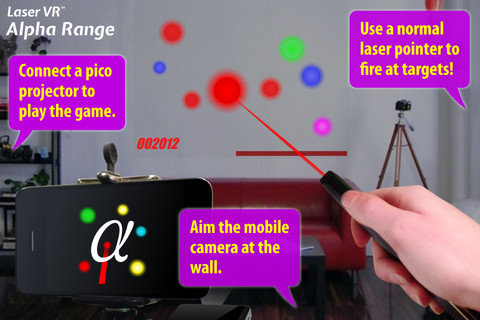 Laser VR is a real gaming concept for mobile devices. In conjunction with a projector and laser pointer you can have your device project interactive content on the big screen and control it with a simple laser. The idea is simple: Your mobile device projects a screen through a projector and at the same time looks at the projected screen waiting for a laser pointer to do something.

If I’ve lost you, heres a cute little game to play that should show the concept better than I can explain it, its called Laser VR Alpha Range.

In Alpha Range all you are doing is shooting down red glowing orbs, with a laser pointer….. Off your wall…. Or ceiling if you can 😀

There is a simpler mode where you can just tap the orbs on your iPhone display instead of using your wall, but wheres the fun in that? 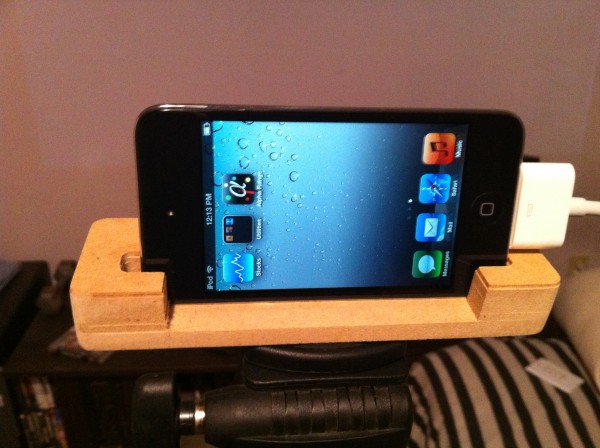 If you’re a real cowboy gamer go and grab a tripod, a projector, a laser pointer and a blank wall and play Alpha Range, ON THE WALL!!!

In this mode gameplay is fairly simple, your device projects the orbs on the wall and you shoot them down with the laser pointer, cool right?

This is mostly a concept game, but its quite fun once you have everything working right.

If you already have the iPhone, a tripod and a projector then you won’t mind the price for the game. Lets help support the developer and push to get more and matured games like this out on the AppStore