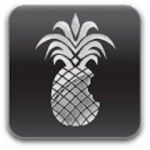 The iPhone Dev Team has released PwnageTool 4.3.3 which will jailbreak iOS 4.3.3.  The untethered jailbreak that i0n1c created for  4.3.1 still works and has not been patched by Apple.

Some things to note:

Windows 7 users:  If you’re having problems, be sure to run with CPU affinity = 1 (see the guides or comments for how to do this)