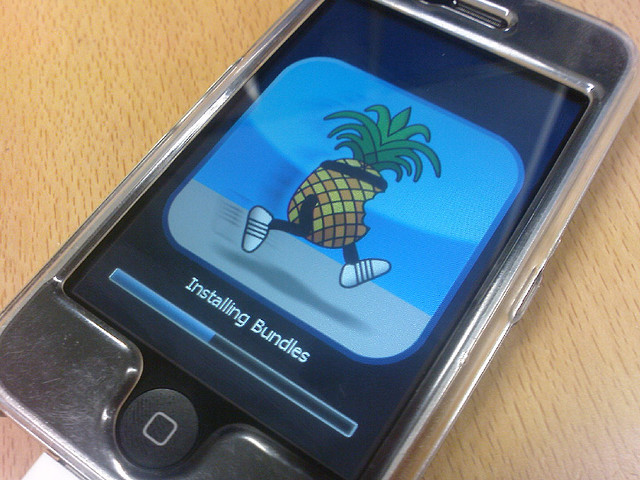 Hey guys, well, moments ago, the iPhone Dev Team released their latest Pwnage Tool. This new Pwnage Tool works on all iOS devices (except iPod touch 2nd generation) since it uses both the limera1n exploit and Chronic’s untether exploit.

Also, they have perfected the jailbreak in order to fix the new iBooks update as well as the Apple TV Wi-Fi bug (Apple TV forgets what Wi-Fi network password is to be used after it goes to sleep or after a certain amount of time) as well as some other random fixes that should perfect the jailbreak and in turn, increase battery life. If you want the iBooks update fix, you should run the Pwnage Tool, or wait until Cydia 1.1 is launched.

I have been hearing a lot of buzz around Cydia 1.1 and I can’t wait for it to be released!

Here is what the iPhone Dev Team had to say:

PwnageTool also includes two very recent improvements to the 4.2.1 JB:  iBooks was just fixed by @comex and @pushfix last night so that it works as intended on DRMed books, and the wifi problem on AppleTV 2G was fixed by @nitotv, @DHowett, and @saurik.  Both of these fixes will also be available in upcoming Cydia package updates, so if you’re already jailbroken you can wait for those updates rather than restore and jailbreak again.

You can download the latest Pwnage Tool by clicking here!