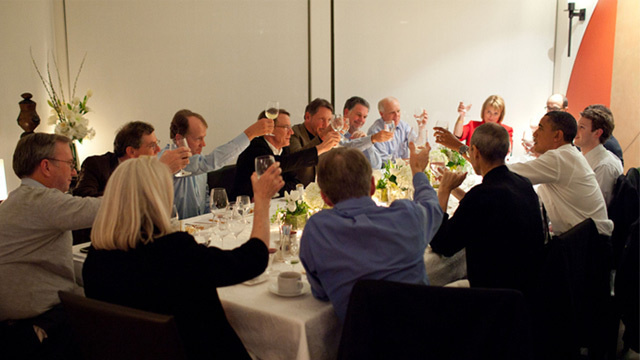 Good morning everyone, well, as you know, President Barack Obama had a meeting with the nation’s most powerful technology CEOs. One of those in attendance was Steve Jobs.

Now, after debunking The National Enquirer’s report that the pictures taken were of Steve Jobs, we see Steve Jobs at a high-profile meeting with the president. He seemed fine.

President Obama had this to say about the meeting:

“We want to continue talking so we can work as partners to promote growth and create good jobs in the United States.”

We wish him the best and hope that he makes his return to the helm at Apple soon.

Here is everyone that attended: