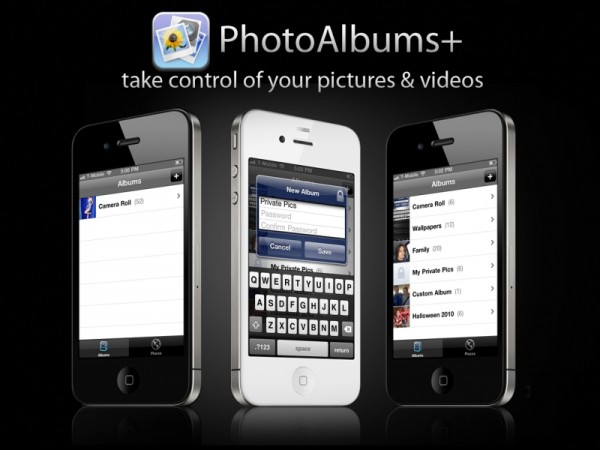 Today’s gift is PhotoAlbums+ for iPhone and iPad, what iOS should have had!

Spirit of Logic has recently updated their PhotoAlbums+ tweak to be compatible with iOS 5.1 and brings a handful of features to be used with PhotoStream.

PhotoAlbums+ is a tweak that allows you to manage photo albums on your device without iTunes.

The highlights for this release include:
– Disabling automatic uploads of photos taken with the camera
– Specifically select and upload any picture to PhotoStream.
The changelog for this release:

– Added: iOS 5.1 support for both iPhone and iPad
– Added: Option to Add photos to PhotoStream. Any photos in your library! (currently only on iPhone, iPad will follow)
– Added: Setting to prevent photos taken with camera to automatically appear in PhotoStream (for privacy)
– Added: Photostream options for iPad

We have 10 Licenses for PhotoAlbums+ to giveaway.

To Enter: Tweet about this review on Twitter and Mention and Follow @LEiPhone and @iRealSMS. This will last until Friday the 11th, then 10 randomly chosen mentions will be picked

Have fun and Good Luck