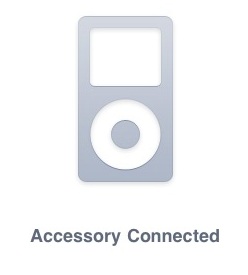 If this tweak helps you in your everyday life, please consider donating at the bottom

UPDATE: Currently Apple has fixed the need for this tweak so development has been suspended until the need arises.

NoAccSplash’s aim is to allow playback controls to remain active on an iOS device when connected to an external accessory that ordinarily locks playback controls because the manufacture thinks you would be using the accessories built in controls instead. This tweak should at minimum allow you to use Music playback controls found in the Music app, SpringBoard’s AppSwitching bar, and the lock screen. The original incarnation of this tweak was called NoAccessorySplash which currently works for iOS 3.x and 4.x and was made by a developer named Jack Norris. I have no affiliation with him and merely took over this tweak to further its development to get it iOS 5.x ready. This tweak is open sourced on Github so if you know what you’re doing then you can do what you want with it. Currently NAS will be hosted on theBigBoss Repo free of charge.

Version 1.5: Brought backwards compatibility for iOS 4.x (broken on repo but will be fixed in the next update)

If you would like to beta test the current, non-public version email brandon@leimobile.com