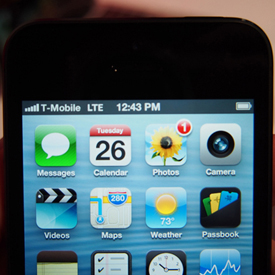 So if you already have an officially unlocked iPhone model A1428 or the AT&T version, you will be able to access the 1900 band in certain areas where T-Mobile is refarming. This band only uses HSPA+ 21, so your speeds will be a bit slower. However the old model and the new revised model will both support the same band for LTE.

To recap, if you have the old version of the iPhone 5 you will not be able to take advantage of the highest speeds on the HSPA+ network, but you will still be able to use LTE which is even faster when T-Mobile flips the switch in your town.