Ok today’s the day. There is no live video, so we are bringing you a live blog to help get the news out. The event starts at 10am Pacific / 12n Central / 1pm Eastern. We will update this article in descending order. Please keep the refreshing a couple minute apart so we don’t risk going offline.

Thanks, now lets get going!!

Hey guys, Alan here, we are set to be covering this live Apple event. We have already seen Apple leak the iPhone 4S in Japan and is slated for an October 14th launch (just as we had reported a few days ago). Also, the iPhone 4S is said to have new GPS features. We’ll see soon.

Tim Cook is on stage announcing his first ever product launch. Then goes into talking about the new Hong Kong Apple Store and it’s beauty 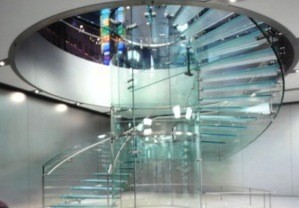 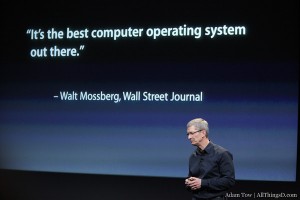 Apple is going over some details of how they are doing right now: 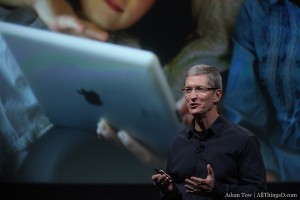 iPads are showing up everywhere. iPads in schools are helping kids learn in amazing new ways. … Every state in the US now has an iPad pilot program or deployment. And almost 1000 schools have a one-to-one program … About 1000 universities across the US have iPad programs. 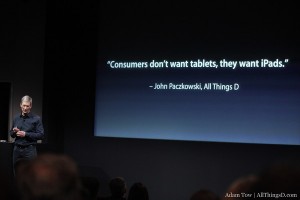 Scott is going over some iOS statistics including: 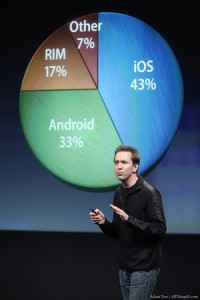 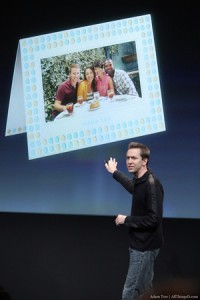 New App called Cards. Make Greeting Cards on your iPad and send them to friends and family, 2.99 in the States, 4.99 internationally. You even get a push when the card has been delivered!

Scott Forstall has announced that iOS 5 will go public on October 12th, just 2 days earlier than what we had reported.

Eddie Cue takes the stage to talk about iCloud. Quick overview of how iCloud manages photo storage and distribution. “It just works.”

“Over a third of the music we sell in the iTunes store is purchased on iOS devices,” says Cue. He notes that once iCloud launches, songs purchased via iPhone or iPad on iTunes will automatically be downloaded to a users’ Mac for no additional charge.”

Find my iPhone has been updated to find Macs as well. 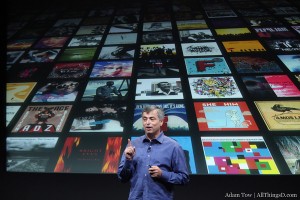 Moving on now to iTunes Match. “With over 20 million songs, Apple has the largest music store in the world. We’ll scan your music library and match it and if we find something we don’t have, we’ll upload it. … again, the goal here is data ubiquity across devices…

ITunes Match will be available “at the end of October”. 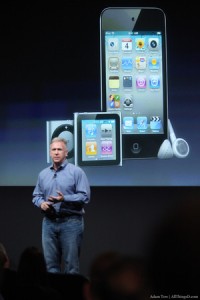 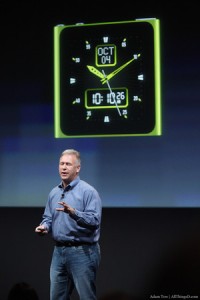 Also, Apple has announced an updated iPod touch. This new iPod touch will run iOS 5 and will also come in black and White. Configurations come as follows:

Apple has announced the iPhone 4S 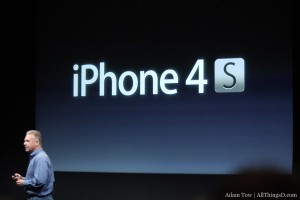 The iPhone 4S comes with an A5 processor with 7X the graphics. It has the same exact iPhone 4 design and it basically looks like a CDMA iPhone 4.

iPhone 4S is a “world phone” meaning that it has both GSM and CDMA guts. 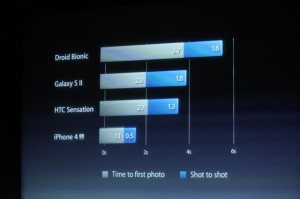 “I don’t know what Droid bionic users do between pictures,” says Schiller. “Get coffee, I guess.”

Apple announces “Siri for iPhone”. Voice control and AI have made it to the iPhone. The final design looks just like the fan made video that was floating around. The iPhone understands anything and everything that you ask it.

Siri can read your messages, even reply to them, \set calendars, reminders, check stocks, weather, searches, etc. this is all done “hands free”. Siri is in “beta”. Siri is iPhone 4S only (LAME!)

Apple has posted a slide on the iPod Classic “The reports of my death have been greatly exaggeraterd”. Which means our report on the iPod being killed is inaccurate.

Tim Cook leaves us with this quote:

“When you look at each of these things, they’re industry-leading in and of themselves, but what puts them out front is how they’re engineered to work together so well. Only Apple can make such powerful hardware and services like this and bring them together. I am so proud of Apple and all the people that worked so hard to make these things a reality.”

That’s it for the event everyone, thanks for sticking with us. We’ll be doing other articles with more detail soon!