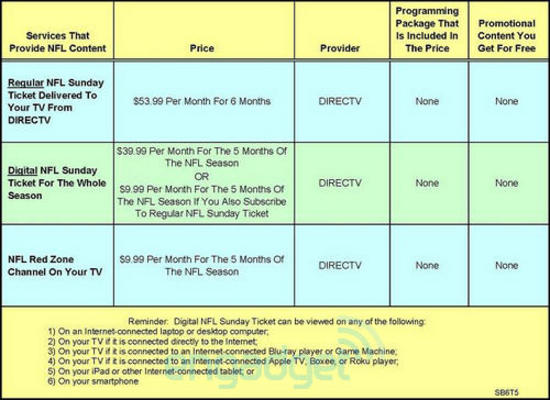 Hey guys, if you are a fan of Football (American), you may be in luck. A leaked document uncovered by Engadget has revealed that DirecTV’s NFL Sunday Ticket may hit Apple TV and it’s competitors very soon.

DirecTV is supposedly charging $40 or $50 to stream every single game to your little black box with that nice looking Apple logo. 🙂

So if you love football, then this is great news for you. 🙂