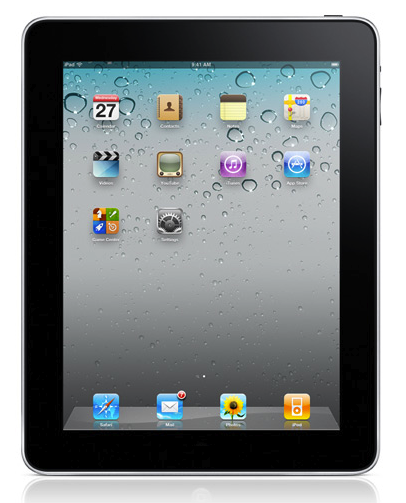 Hey guys, we are getting some very strange, but possible, news. Sources are saying that Apple’s next iPad and iPhone will NOT be having physical buttons on the device.

Today, Apple seeded iOS 4.3 to iOS developers and I have been using iOS 4.3 on my iPad for a few hours now, and after activating the “secret” multi-touch gestures, I haven’t found a use for the home button. Personally, I always saw the home button as very awkward, rumors that were circling BEFORE the iPad was announced suggested that 5 finger gestures would be the way that we would be enabling multi-tasking in the (back then) near-future.

People who would know this sort of knowledge say that Steve Jobs always wanted a buttonless iPad & iPhone since the beginning, but that today, that dream can finally start to be realized.

For those of you on an iPad on iOS 4.3, enable the secret multi-touch gesture user interface by connecting it to your computer, opening XCode, open the organizer, and go to the iPad tab. Now, click “Use For Development” and wait until it’s done. Now, go into the Settings application on your iPad and you should see the option magically appear!

Let me know what you think, home button or no home button? So far, I’m digging the no home button. My only concern is at the time of jailbreaking, how will Apple make the new button-less device go into DFU?