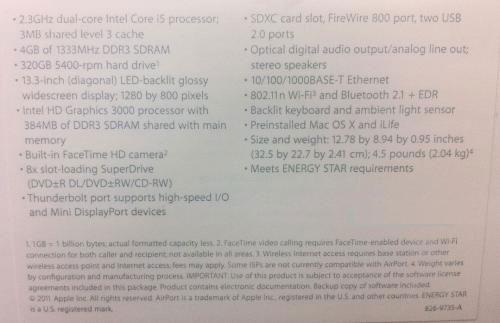 Hey guys, some more breaking news hitting us today. It seems that Apple is getting ready to announce their new MacBook Pros with a new technology called “light peak”. Now, I’ve been aware of light peak for years, the technology promises to being 100GBps speeds in both directions. You could get a full blu-ray movie in 30 seconds with this new technology.

Intel has also announced their own press event that is “a press briefing to discuss a new technology that is about to appear on the market.”. Coincidence? I doubt it. Apple and Intel have been on amazing terms since Apple announced that they were switching to Intel processors. Apple is usually the first to market with Intel’s new technology and processors, so light peak being on Macs first isn’t shocking.

Also, some specs have been leaked, The new MacBook Pros will have this:

Also, it seems that light peak’s new marketing name is also revealed as “Thunderbolt”. Here is a leaked image of the new logo: 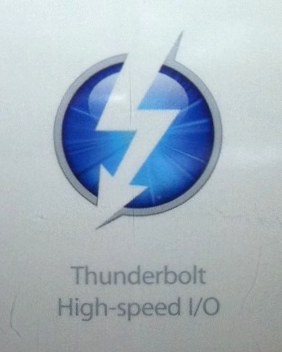 Also, here is a leaked picture of a picture of the new MacBook’s ports:

So there you go guys, we’ll be reporting on this as we get official confirmations and official information from Intel and Apple tomorrow morning.