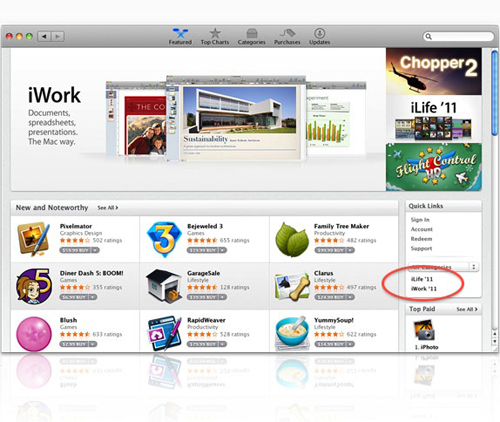 Hey guys, if you’re like me, you are anxiously waiting for iWork ’11 to be announced and released to the public, but today, it made a cameo appearance on the newly opened Mac App Store.

As you can tell, there was a listing for both iLife ’11 and iWork ’11, right now, if you check the store, it will just say iLife ’11 and iWork. Some people are speculating that Apple pulled iWork ’11 at the last second, but I believe it was leftover from Apple’s own beta testing.

I believe iWork ’11 will be announced at Apple’s upcoming (as of yet unannounced) keynote.