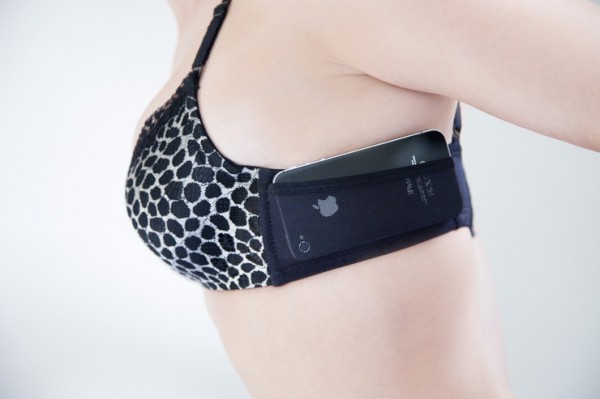 Hey ladies do you want to ditch your purse, clutch, or handbag some nights? With the JoeyBra you can. The JoeyBra has a pocket in the side that can discreetly store your iPhone, ID, credit cards, money, etc. Designers, Mariah Gentry and Kyle Bartlow named their design after a Joey, which is a baby kangaroo that is raised inside its mother’s pouch. They are just 2 students who needed an idea for their university’s business plan competition. They survey a bunch of other classmates and found out that 95% of the woman experienced difficulty in storing their iPhone while going out and 75%  had even lost their phone while going out. 88% thought that a pocket bra would be a perfect idea.

The JoeyBra received its name due to the fact that kangaroos put their young in a pocket to carry around. The expected shipping date is around June and the JoeyBra will be available for around $30.