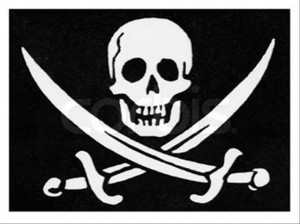 Hey guys, well it’s 2013 and it’s time to start this year off right. In strive to help build a healthier iPhone community, consider the following.

(Warning, a really long rant follows, if you would like to cut to the end you may do so at the paragraph marked CLOSING)

As you may (or may not) have heard, the guys behind the Hackulous website have shutdown for unknown reasons. This of course means that Installous, a popular utility to “try” apps before you buy them or straight up pirate them, is also gone. With the depart of Hackulous and Installous that age old misconception has been brought back to life, Jailbreakers are pirates. This has been all over the place in the past few days and refuses to die.

Let’s start by defining piracy. As defined by a Mac’s handy dictionary tool piracy is: “the practice of attacking and robbing ships at sea.” Umm, that’s not really in our subject matter, ok well the Thesaurus entry describes it more in our direction. Piracy is “illegal copying, plagiarism, copyright infringement, bootlegging.” That’s more like it. Piracy in the software world is the practice of obtaining paid software for free.

Now define jailbreaking. This one is quite long from Wikipedia: “Computer software privilege escalation, a jargon expression for (the act of) overcoming limitations in a computer system or device that were deliberately placed there for security, administrative, or marketing reasons; also the description and set of technical instructions necessary to achieve a specific jailbreak or a software item designed to achieve a jailbreak.” In short, jailbreaking is a process of allowing you to do what you want with your electronic device beyond what the manufacturer intended you to do.

You may ask yourself, “Where is he going with all this?” Well here it is, jailbreakers are NOT pirates! For whatever reason the idea of pirating has hovered over the jailbreaking community like it’s their goal in life, hack the phone so we can pirate. This ideology needs to die.

Sure, jailbreaking your device can enable you to pirate software, in our case applications on the AppStore. But now you can even do that without jailbreaking at all. Since its demise a couple days ago, two services have sprung up allowing users to install pirated software without even jailbreaking your device. Those services, who will remain unnamed, basically use developer accounts from Apple to sign cracked apps and install them. So now someone is going to start saying developers are pirates.

The thing we have to accept is that piracy will always exist, there’s nothing we can do about that. Pirates will continue to exist with their own reasoning.

CLOSING:
The thing to understand is this: Jailbreaking enables piracy, that is a fact, but other things enable piracy too. We can’t just say that all jailbreakers are pirates because that is not true at all. Pirates are users who, for whatever reason, do not want to pay for the software they want on their devices, they may or may not be jailbreakers. Jailbreakers are users who want full access to the devices they paid for beyond what the manufacturer is willing to allow.