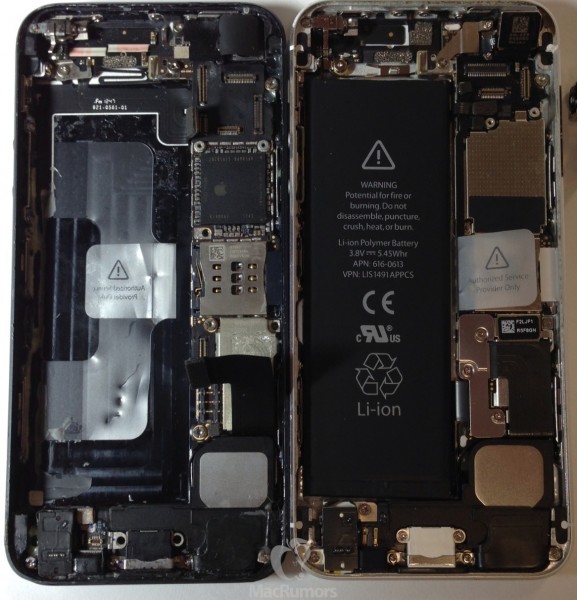 Macrumors has gotten their hands on what appears to be the iPhone 5S prototype. It appears that the new iPhone 5S which is rumored to be released this fall along with iOS 7, will support an A7 processor and have a dual-LED flash, all while keeping the current design of the current iPhone 5.

Based on this prototype image the new iPhone 5S will have 1GB of memory which is the same as the current iPhone 5’s A6 chip, but the date code appears to show that this was manufactured in December 2012, making this a very early prototype.

There have also been rumors floating around that a lower cost iPhone will be released, more colors available, and possibly a larger iPhone to compete with the Samsung Galaxy Note 2. Only time will tell, so stay tuned as we get closer to the Fall more concrete details will develop.