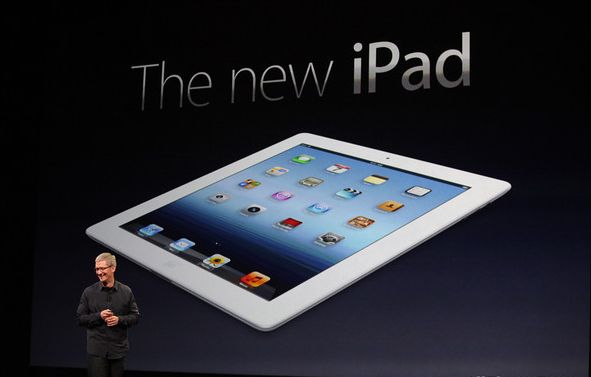 Today is all about the new iPad. The first new feature is the retina display, as expected. “Until you see it you can’t understand how amazing this is,” Schiller said. It’s resolution is 2048 x 1536. That’s 3.1 million pixels. “The most ever in a mobile device.”

Another big feature is an A5X processor with quad-core graphics. This thing will be very fast. Lets just hope that battery life is good too. Knowing Apple I am sure we will have great results.

The cameras have also been upgraded in the new iPad. 5-megapixel backside illuminated sensor on the back, 5-element lens, Hybrid IR filter, and Apple designed image stabilization built into the A5X chip with 1080P video recording. It also has auto exposure and auto-focus. 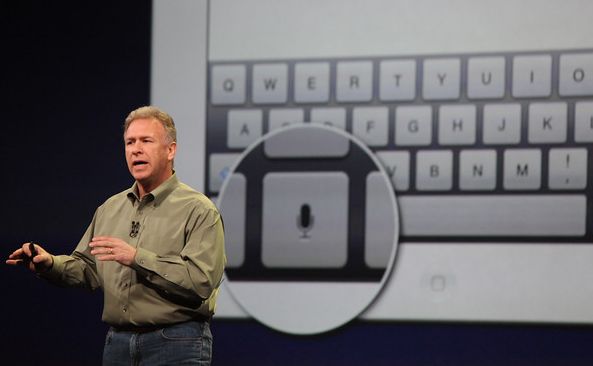 Siri is now an official part of the iPad, supporting US English, British, Australian, French, German and Japanese. 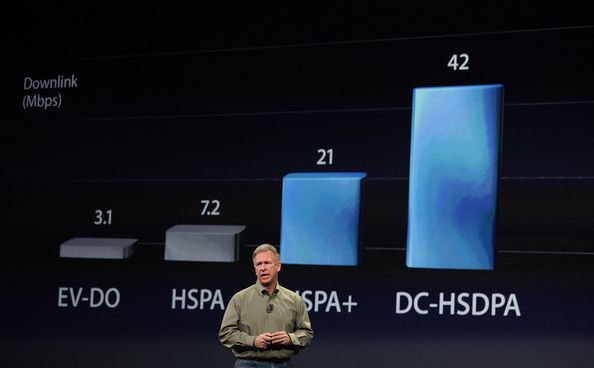 Now one of the biggest features is 4G LTE. The iPad 2 has 3.1Mbps on EV-DO and 7.2 on HSPA. The new iPad supports 21Mbps HSPA+ and DC-HSDPA at 42Mbps, with LTE taking blazing at 73Mbps. LTE is supported on AT&T, Verizon, Rogers, Bell, and Telus in the US. No T-Mobile again. Also no Sprint. All will be 3G world-ready, which is good news.  Whichever one you pick you can roam anywhere around the world.