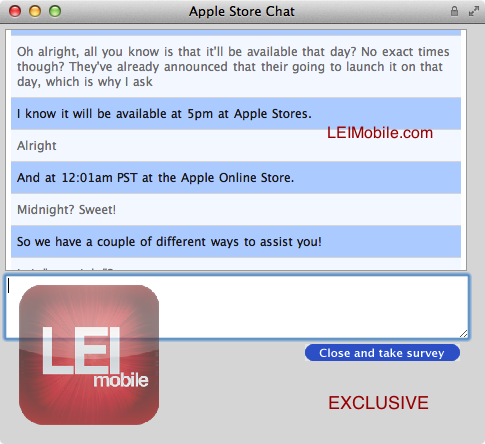 Hey guys, we have gotten information that has said that iPad 2 customers will be able to grab the device starting at 12:01a.m. (Pacific) on Apple’s online store. That’s great! Now, judging by this conversation, Apple doesn’t want to give out specifics about whether they have enough to meet demand, but just watching all of the 3rd parties saying that they will be carrying the iPad on launch day, I don’t think finding an iPad on launch day a problem, unlike previous leaks that said that supply would be an issue.

Also, they say that they don’t know when Walmart, Sam’s Club, Verizon, or Best Buy will have the iPad available on Friday, but the Apple Store will have them at 5 p.m. you can bet that I’ll be in line! 🙂