Apple just released iOS 7 Beta 4 to developers with a few tweaks and bug fixes. The most important finding to this information is within the actual iOS 7 beta 4 code. It brings new information on what we can expect from the next iPhone, possibly called the iPhone 5S.

Hamza Sood tweeted some information that he found pertaining to the rumored iPhone finger print reader. Within the code we see: “Photo of a person holding an iPhone with their right hand while touching the Home button with their thumb” There is also a folder called BiometricKitUi.axbundle. This is sure to be the biometric UI bundle. Hopefully we will get more information on the upcomming iPhone 5S. Right now we know that it will most likely have a faster processor, better camera, and a biometric fingerprint reader. 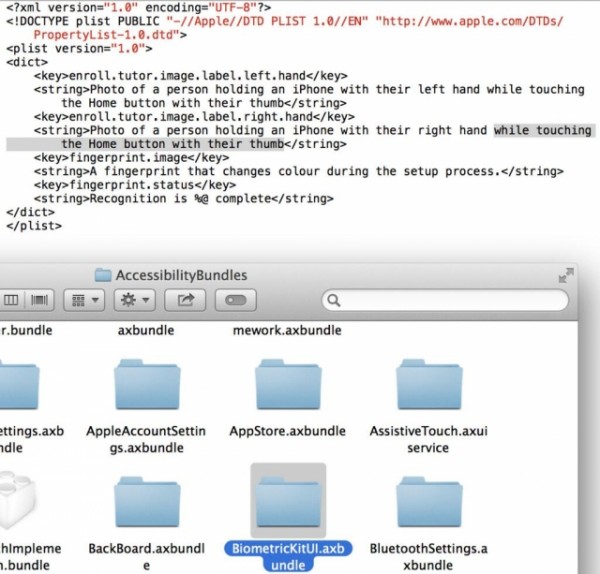