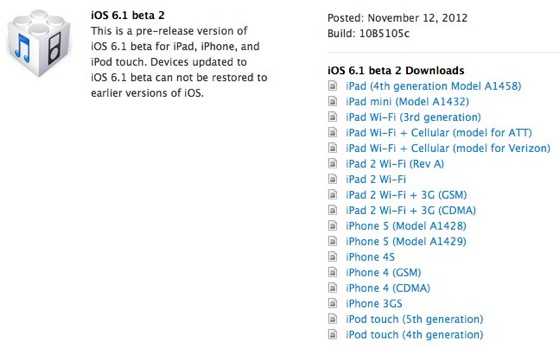 Hey Developers or anyone else with access to Apple’s iOS 6.1 beta, Apple just posted Beta 2 to the dev portal.

The build number is 10B5105c and so far we do not know of any major changes other than improvements to safari and the ability for developers to integrate with Apple’s Maps, passbook, and Siri.

Apple also pushed out a new beta of the Apple TV firmware, as well as Xcode 4.6 Developer Preview 2. We will post more info on iOS 6.1 Beta 2 as we get it.