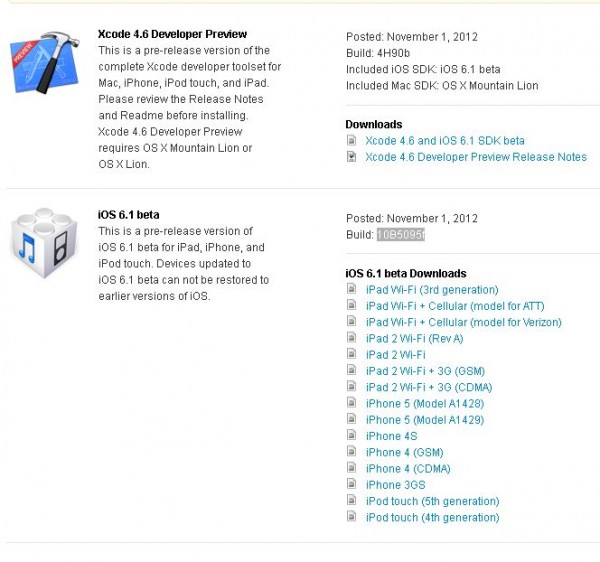 Well Apple just pushed out iOS 6.0.1 to the general public, and just hours later they released iOS 6.1 Beta 1 to developers. It has a build of 10B5095f and does not have any major changes that we are aware of. We have been told that you can now integrate your apps with Apple’s maps and there are some Siri and Safari improvements.

If you happen to see any changes be sure to let us know.