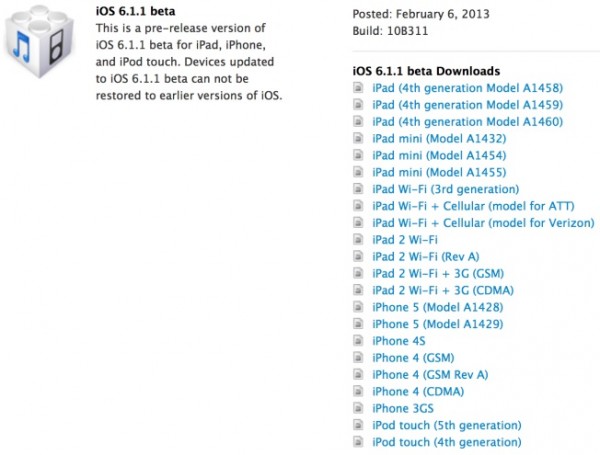 Stay far away from this if you want a Jailbreak. The only major update is for Japanese users. They are updating the maps for them.

This is a pre-release version of iOS 6.1.1 beta for iPad, iPhone, and iPod touch. Devices updated to iOS 6.1.1 beta can not be restored to earlier versions of iOS.

iOS 6.1.1 beta 1 includes the following improvements to Maps for Japan: