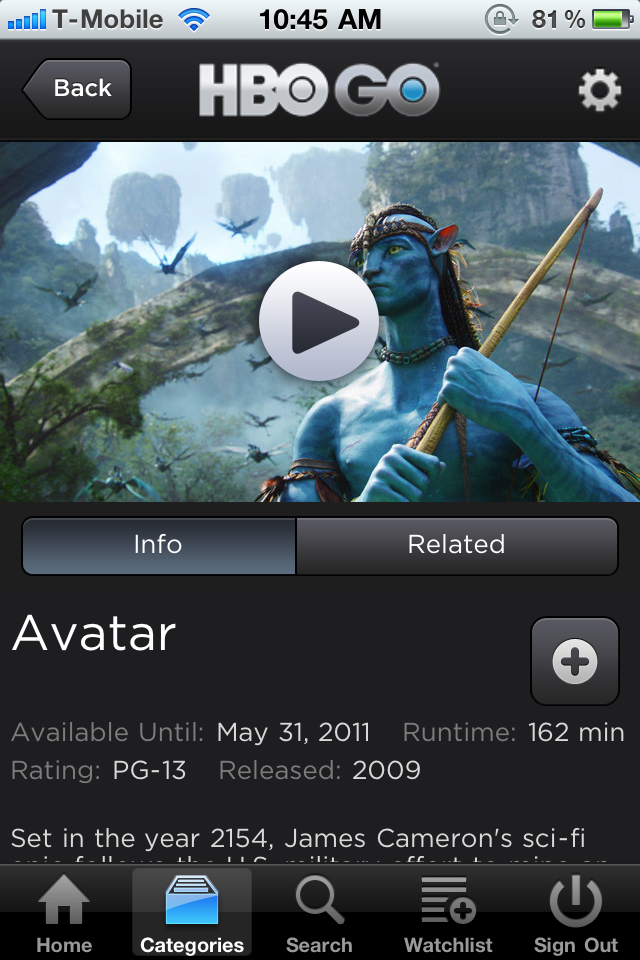 If you have an HBO subscription you probably already know about HBO Go. You can watch all you favorite HBO series and movies on demand anywhere.  Get unlimited access to over 1,400 of your favorite HBO shows, including HBO original programming, hit movies, sports, comedy and more. Plus, get bonus features and special behind-the-scenes extras.

Now HBO Go is on iOS.  You can stream over Wifi or 3G. It took me less than 2 minutes to set up an account and I was already watching a show. Currently there is no way to watch live TV. That would be really cool if they add that feature. So if HBO is part of your subscription go and download the HBO Go App.

Since I am not at home I have not been able to check to see if it supports AirPlay. I really hope it does!
UPDATE: We are getting reports that the HBO Go app only supports sound through AirPlay. I imagine there are some licensing issues that is stopping most of these companies from supporting AirPlay.