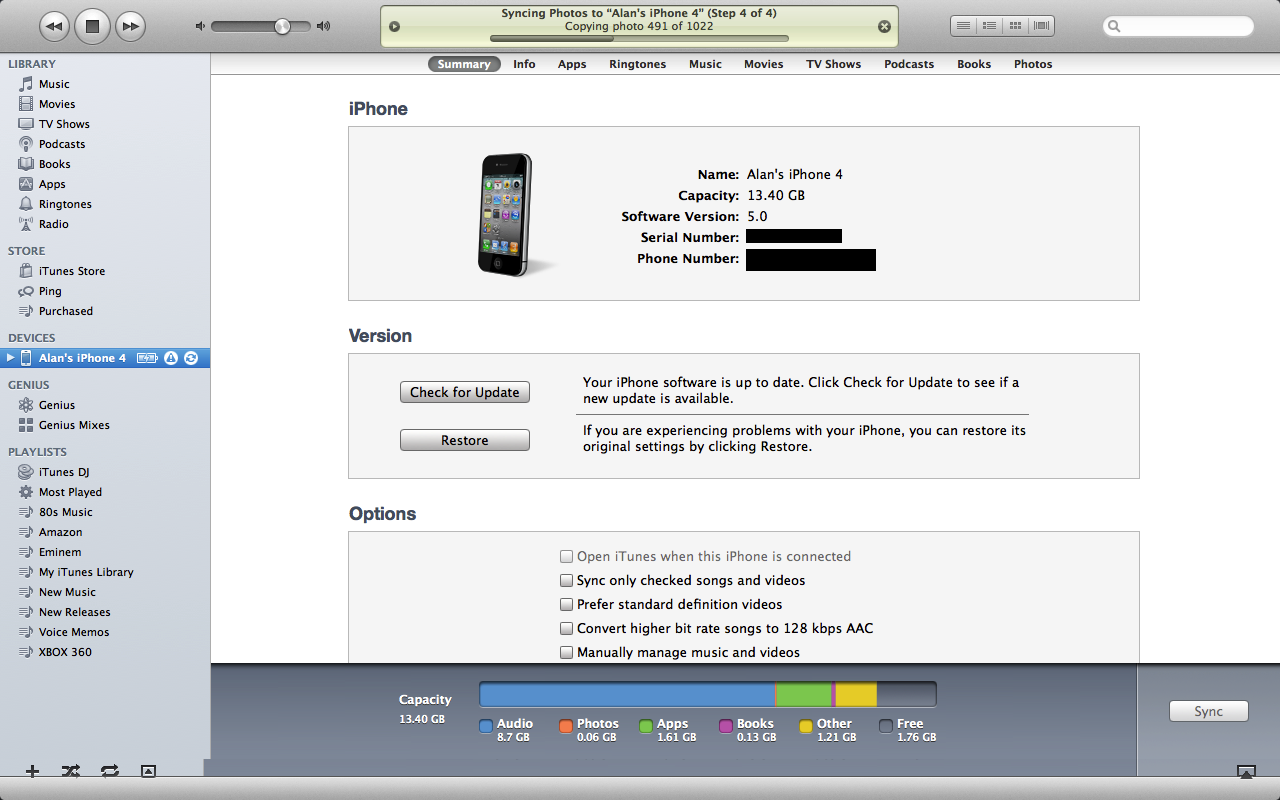 Hey guys, now, as you know, iOS 5 has been around for a few days and I have been playing around with it since it came out on Monday. However, there was one thing that I could not do with my iPhone anymore, and that was sync photos correctly. It would sync about 100 out of the over 1,000 pictures I usually sync to my iPhone (and they wouldn’t be in the same album either) and it would give me a triangle in iTunes next to my iPhone.

Well, I figured out a way to fix the sync issues I was having. Turns out, as I believe is the case (not confirmed by Apple yet), but the photos database that iOS 2.0 -> 4.3.3 used is no longer compatible with iOS 5. So, I had to delete the database and allow iTunes 10.5 (beta) to create a new one, that was iOS 5 compatable.

All you have to do is go into Finder, click on “Pictures” and look for a file called “iPhoto Library”, then, right click (or put 2 fingers on the track pad) and click it, and choose “Show Package Contents”. 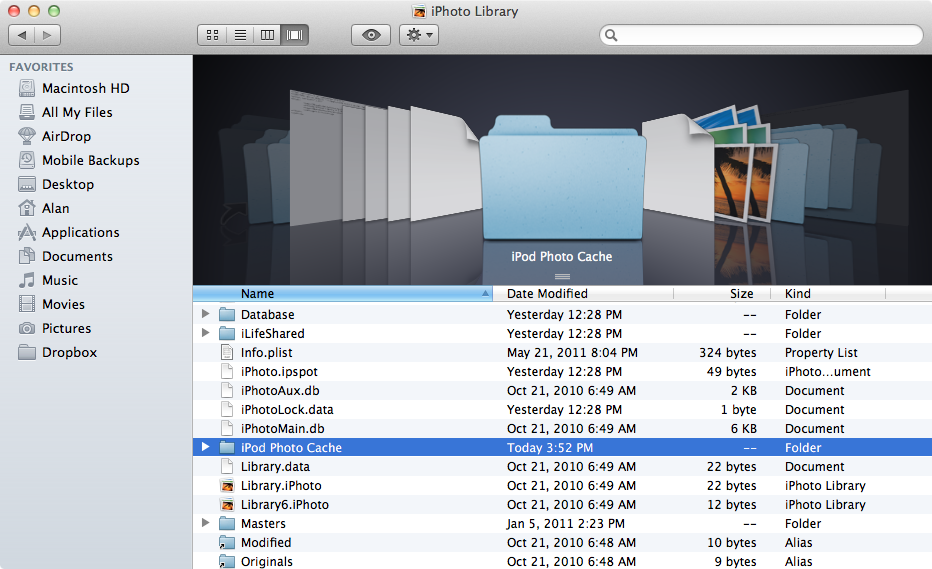 Now, look at the picture above for reference, and find a folder called “iPod Photo Cache” and delete it. Also, make sure to EMPTY YOUR TRASH!! If you don’t, then it won’t always work as Finder will sometimes still consider it as still being there.

Then, close iTunes and relaunch it.

Now, go to sync your photos onto your iOS 5 device, it should now work!

You should see it syncing your pictures! As for the triangle (forgot to do so in my screenshot that I took), after the sync is complete, click on it to get rid of it. If it disappears it means that everything is 100% synced up and ready to go!

There you go guys! Have fun!