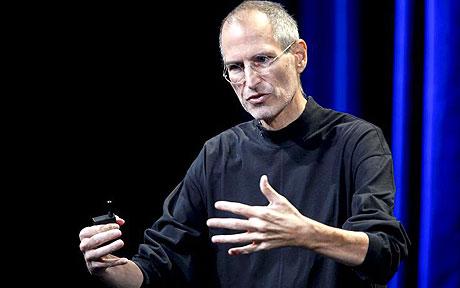 It seems that Steve Jobs has just responded to a customer email that was asking about specifics on the database that has all of our location information in it. As usual, Mr. Jobs, however brief he speaks, has caused a shockwave accross the Apple community.

Here is the customer’s email:

Could you please explain the necessity of the passive location-tracking tool embedded in my iPhone? It’s kind of unnerving knowing that my exact location is being recorded at all times. Maybe you could shed some light on this for me before I switch to a Droid. They don’t track me.”

Steve Jobs responded with this:

“Oh yes they do. We don’t track anyone. The info circulating around is false.

Sent from my iPhone”

Now, the bad part about Steve Jobs’ emails are that he isn’t very specific about anything. We have proven that iOS 4.x.x is keeping tabs on where you go (even when location services is turned off) as we’ve found the database and even figured out how to corrupt it. However, no one proven that Apple is being sent this info.

Now, not only did he dismiss the locationgate scandal, but he dropped a bombshell saying that Google, is in-fact, tracking you.

Now, many people (such as myself) have believed that Google does keep location data and is constantly being sent this information, but this is the first time Steve Jobs has publicly said anything on the rumor.

We expect Google to release a press release on a rebuttal soon.

Stay tuned as this story develops…