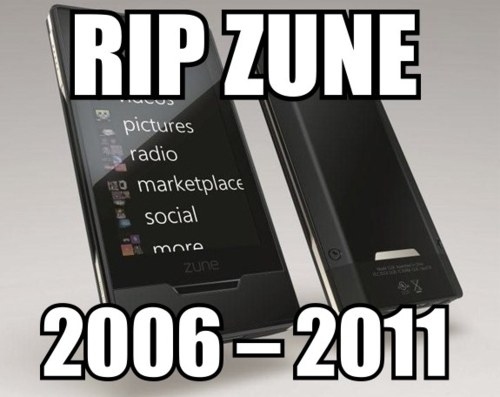 Some breaking news hitting us moments ago, it seems as though Microsoft has officially killed the Zune. Why is this so relevant? Oh, no reason…. except that we expect that Apple will kill the iPod later today.

As we reported earlier today, we are expecting Apple to axe the iPod Classic and the iPod Shuffle in favor of iOS devices. This marks the end of an era in which both companies (competed?) to see who had the best music players, Apple won in the end with a major marketshare lead that topped at nearly 80% (completely unheard of).

“Windows Phone will be the focus of our mobile music and video strategy, we will no longer be producing Zune players.”