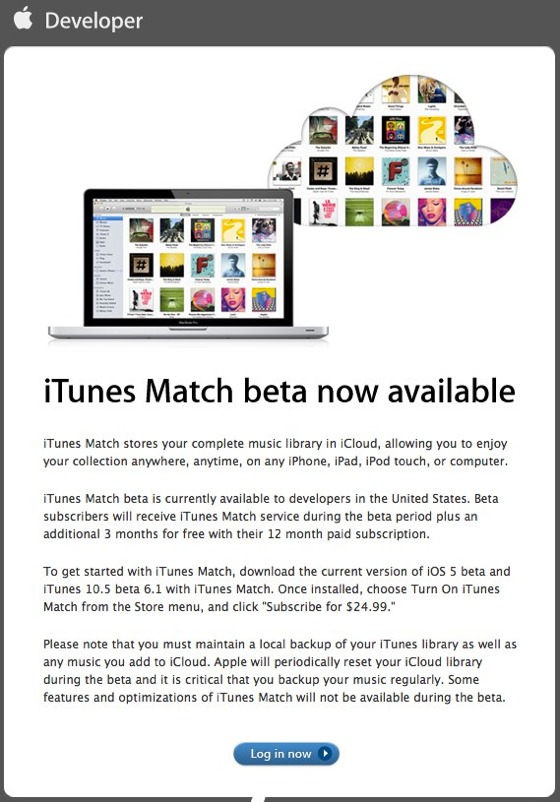 UPDATE: As of 8am (central time) this morning Apple temporarily closed iTunes Match sign ups. Apple claims that it is because they got their “initial developers” while reading the Apple Developer Forums suggests that the truth is that Apple’s iTunes Match servers have either crashed or are just getting bogged down.

My sources say Apple will resume to accept developer subscriptions for iTunes Match as soon as the server issues are resolved.

Apple has just notified developers that they have an iTunes Match beta ready for developer use. Apple advises users to update to the latest iTunes 10.5 beta 6.1 as well as the latest version of iOS 5, we expect iOS 5 beta 7 to be released on Friday.

Again, as a reminder, iTunes Match will be $24.99 and will replace all of your low-bit-rate music with HD versions as well as allowing you to redownload any of your iTunes library over Apple’s iCloud service right to your iOS devices.