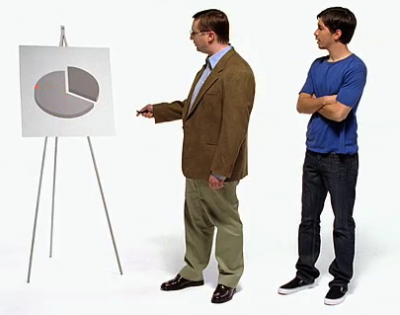 A research firm, IHS iSuppli, has recalculated Apple’s market share in the movie streaming and downloads market. in 2009, Apple held a 74.4% marketshare and as of February 2011, they have gone down to 64.5% market share. Now, Apple continues to dominate the market, but companies like Microsoft and their Zune service as well as Sony have been gaining ground.

Here is what iSuppli had to say:

“The iTunes online store showed remarkable competitive resilience last year in the U.S. EST/iVOD movie business, staving off a growing field of tough challengers while keeping pace with an dramatic expansion for the overall market,” said Arash Amel, research director, digital media, for IHS. “Apple faced serious competition from Microsoft’s Zune Video and Sony Corp.’s PlayStation Store, as well as from Amazon and – most significantly – Wal-Mart. However, iTunes managed to grow because of the introductions of the iPad and the second-generation Apple TV, which have spurred the company’s movie rental offerings and have invigorated the iTunes multi-screen ecosystem. We expect that in the United States, Apple’s strong performance in iVOD will allow it to continue to bypass the video on demand services offered by many major cable operators.”