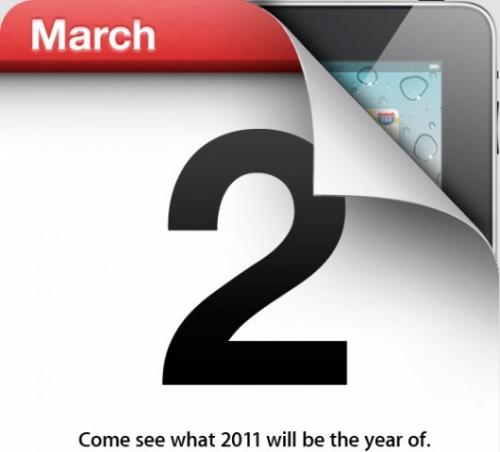 Hey guys, looks like Apple has officially sent out press invites to an event on March 2nd, as we had reported would happen just an hour or so ago.

We believe that Apple will show off the iPad, as well as everything I had told you about a little while ago.

The invite reads “see what 2011 will be the year of.” which is a little interesting. Of course, they block the front facing camera (duh), but what does this mean? FaceTime was more of a 2010 feature, what else could be going on? Possibly NFC? (Near-Field Communication) by being able to pay things with a wave of your iOS device?

Who knows, all will be revealed on March 2nd.

The event will be at the Yerba Buena Center for The Arts at 10:00 a.m. (Pacific) (Noon Central) on March 2nd. We’ll be covering it as it happens.