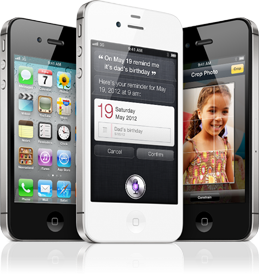 Here is some mind blowing news coming out of Cupertino, it seems as though Apple has released a statement saying that they had over 1 million pre-orders on the first day of pre-orders (which was on the 7th). That is insane! It has crushed the previous pre-order number king that had 600,000 (on day 1)! The last record was set by… the iPhone 4.

Phil Schiller was quoted as saying:

“We are blown away with the incredible customer response to the iPhone 4S. The first day pre-orders for iPhone 4S have been the most for any new product that Apple has ever launched and we are thrilled that customers love the iPhone 4S as much as we do.”

Now, if you haven’t pre-ordered your iPhone 4S yet, Apple, AT&T, and Verizon have halted pre-orders, now, we can confirm that Radio Shack is still taking pre-orders, but there is no information regarding for how much longer.

So there you go guys! If you couldn’t get on the iPhone 4S pre-order bandwagon, iPhone 4S will be available at stores nationwide on October 14th.