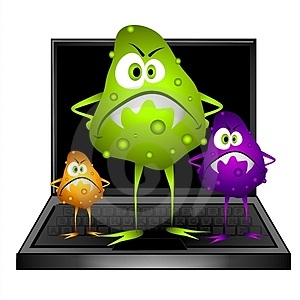 So it’s about time we take off that security blanket that says “Macs don’t get viruses!” That use to be true because Windows had more of a market share so hackers didn’t spend time on it. Since times are changing and Macs are getting more publicity it’s time to start attacking them.

Sophos has reported a new “in development” Trojan that’s made specifically to attack Mac machines.
The Trojan name from Sophos is OSX/MusMinim-A but the nameless developer calls it Blackhole RAT after the open sourced darkComet RAT that use to plague Windows users.

The biggest threat from MusMinim appears to be its ability to display fake prompts to enter the system’s administrative password. This allows the malware to collect sensitive user and password data for later use.

The Trojan also allows hackers to run shell commands, send URLs to the client to open a website, and force the Mac to shut down, restart, or go to sleep arbitrarily. Other “symptoms” include mysterious text files on the user’s desktop and full screen alerts that force the user to reboot.

This could explain why Apple has called in security consultants to look at the PreReleased 10.7 Lion. Just goes to show, all computers are attacked equally.