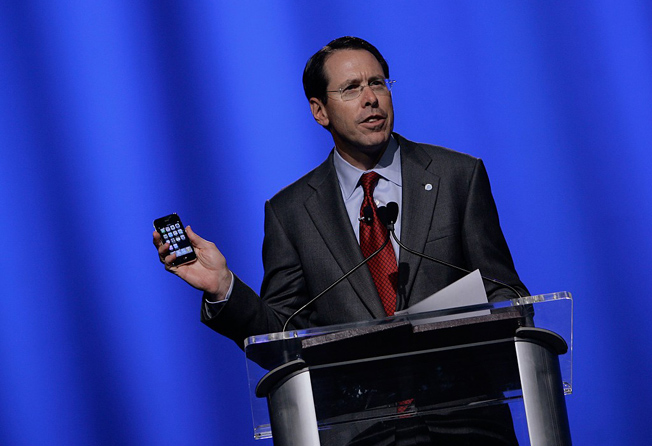 Hey guys, today, AT&T gave their keynote at the Mobile World Congress this morning. They spoke about their plans for the future of AT&T and their plans for 4G as well as the phone industry’s new “app store”, the Wholesale Applications Community. However, it didn’t stop there, AT&T CEO Randall Stephenson said that Apple’s App Store is “bad for consumers”.

Why would he say this? He claims that consumers expect to only buy an application once and expect it to work on all platforms, not have to purchase the application every time they switch to a new phone.

I beg to differ. First, who expects that? Who honestly expects something that was downloaded and installed on an iOS device to work on an Android OS device, or a BlackBerry OS, or Windows Phone 7 OS, or Symbian? Also, their “app store” would be a place where carriers can sell applications to their customers, thus cutting out Apple, Google, RIM, etc. out of revenue.

This is what has carrier’s steaming mad. Companies like Apple, Google, RIM, and Microsoft who have their own application stores, hubs, marketplaces, (worlds?), and are cutting the carrier’s out of the major revenues. Apple has sold 10 Billion applications and AT&T hasn’t seen a dime.

Not just that, AT&T was fine when they had an exclusive on the planet’s hottest mobile phone, but a few months before Apple and Verizon announced their secret (not so secret?) love, AT&T was already hard at work at distancing themselves from Apple. I think this is extremely low, even for AT&T. After all the success Apple has given AT&T here in the U.S. over these past 3.5 years by having the iPhone locked down and for AT&T to start dissing the device that brought them to beat Verizon? No AT&T, you have it all wrong.

HTML 5 is not a valid platform for mass application distribution and neither is dissing the iPhone (which is still GSM exclusive I may add). People need innovative companies like Apple and Google to compete and make their operating systems and their 3rd party applications better. If we all used the same standard, sure, it would let people use any apps on any phone they get, but it would also slow down innovation.

“You purchase an app for one operating system, and if you want it on another device or platform, you have to buy it again. That’s not how our customers expect to experience this environment.”