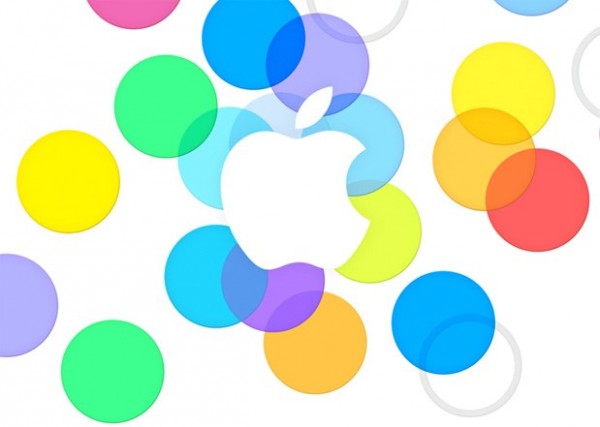 We will be following Apple’s press event today and release articles after they have been announced. If you are looking for a live blog, there are plenty of other sites that can help you out with that. Please check back in a few hours and we will have all of the news on the New Apple products that are going to be announced today. This should brighten everyone’s day.

Here are a few speculations that we have:

Apple will give us a release date of iOS 7, It will most likely release next Friday September 20th with the new iPhones.

Apple will announce and release a new iPhone 5S – will be an upgraded version of the iPhone 5 with a gold option, have a finger print scanner (Home button/ Touch ID Sensor), better camera, faster processor, running iOS 7.

Apple will announce and release a new iPhone 5C – low cost iPhone in a handful of colors (possibly 7 different colors) similar to the iPod Touch. It will also be running iOS 7.

Apple Facts from the event:

iOS 7: new interface, its new color palettes, things like parallax wallpapers, a single-swipe control panel for things like airplane mode. Made search more convenient. Pull down and search from anywhere. Safari 3D tabbing interface. Siri has more natural voices and a lot more features. New Multitasking view. New ringtones. You can group your photos by moments, based on time and location when they were taken.

Camera app is better as well, can apply live photo effects while you’re shooting. Built-in filters, easier modes. All of which existed in other other apps before but now you don’t have to go hunting for them. iTunes Radio, which is similar to Pandora. AirDrop lets you share photos with anyone near by. iOS 7 will launch on Friday September 18th!

iWork: 3 amazing apps. Numbers (like Excel) Pages (like Word) Keynote (like PowerPoint) Also iMovie, and iPhoto are all going to be Free. Previously they were $9.99 each for iOS. When you download iOS 7 you’ll be presented with a screen that lets you download it, on any new iPhone or iPad.

iPhone: will be replaced with 2 new designs! iPhone 5C. The iPhone 5C has an incredible new design, one that’s more fun and colorful than any design we’ve done before. A few of you might have seen it around the web. The entire back and sides are made from a single part, its front one glass, multi-touch surface. As close as you look, you wont see joints or seams. Apple designed custom soft cases to go with them. New cases are $29 each.

iPhone 5S: Same colors as the 5, but now we have a Gold iPhone 5S as well. It contains the A7 chip! A 64-bit chip. The first ever of any kind. iOS 7 has been updated for 64 bit. It runs 64 bit and 32bit apps. The CPU is twice as fast (40x faster than the original iPhone), and graphics are twice as fast as well.

Camera: has a 5-element Apple designed lens with f/2.2 aperture. 15 percent larger active sensor area. Bigger pixels make for a better picture. It automatically sets white balance, exposure level and creates a dynamic local tone map. It also picks the sharpest of the series of photos. Has a new True Tone flash, which is dual LED flash, one cool and white, the other warm and amber. Burst mode if you hold down the shutter button, up to 10 frames per second, as long as you hold the button down. Slo-mo is supported as well; 120 fps. Panorama shots have gotten a boost as well, they’re now 28MP. You can adjust exposure as you go.

Security (Touch ID): Finger Print Sensor to log into your iPhone. Built into home button. Now you can simply touch the home button to unlock your phone. Since it’s built in, you can also use it to make iTunes purchases. You can set it up to use multiple fingerprints and they are never backed up to icloud.

iPhone 5C will go up for pre order on September 13th. Both devices will go on sale on Sept 20th.