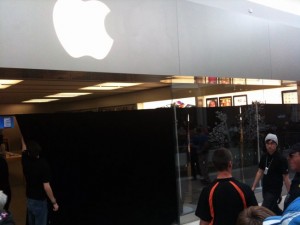 Rumors are flying that Apple is planning on announcing something ahead of WWDC.  According to many sources, there are some “training” events being planned for Sunday May 22 at retail stores.  Some stores are reporting the training to be at 7am while there are others planned for the evening.  Whichever it is, Apple is gearing up for something.  BGR is reporting these stipulations on the plans:

What do you think will be released?  iPhone 4s, an iPhone for ALL Carriers? New MobileMe features? OS X 10.7 enabled Macs? Or maybe, since there are rumors of releasing a new iPhone at WWDC, that they are going to release a new iPod Classic?