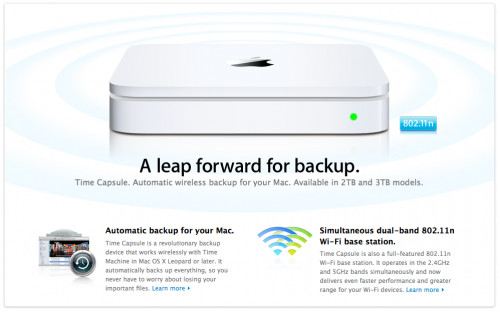 Looks like Apple has released an updated AirPort Extreme & Time Capsule on their online pages. Now, the only new features that are listed for the Time Capsule are that they start at 2TB at $299 and a new 3TB configuration at just $399, also, Apple says that they now back up up to 75% faster than ever before! Wow!

I believe that Apple will release a software update for the Time Capsule in the Fall that will allow for the rumored iOS update cache and the “direct backup” from iOS 5 devices!