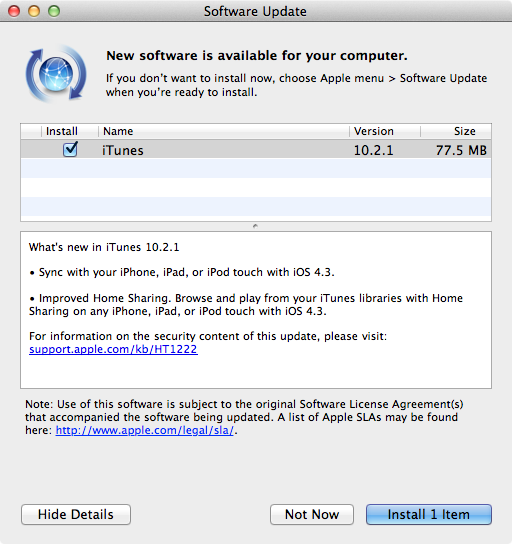 Hey guys, a few moments ago, Apple released iTunes 10.2.1. No changes were listed, but we assume that it is due to some kind of iOS 4.3 related bug that has been squashed ahead of tomorrow’s rumored release. Apple said that iOS 4.3 would arrive Friday at the same time as iPad 2, but rumors suggest, the plans have changed.

Also, we are also reporting that iOS 4.3 will be released to the public tomorrow morning at 10 a.m. (PST) ahead of the projected March 11th launch.