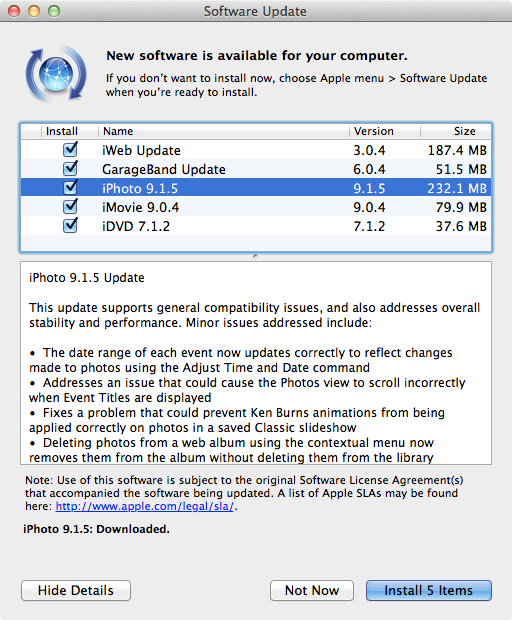 Some late breaking news, it seems as though Apple has also released updates to iLife ’11. Apple seems to be preparing it’s user’s Macs for the upcoming Mac OS X Lion update, which sources suggest that it will be released in the next 72 hours.

Apple has updated iWeb, Garageband, iPhoto, iMovie, and iDVD for Lion compatibility. As you may note, Apple has also removed the color of the icons on the left side menu bar of it’s iPhoto ’11 application, just like in iTunes as well as updating it and adding “full screen” functionality. 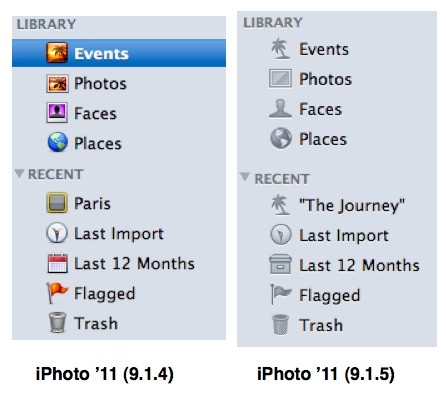