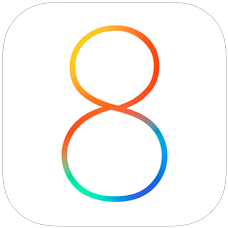 iOS 8.3 is now available as an over the air update or you can download and install via iTunes.

Here is a whole list of all the changes in iOS 8.3:

Orientation and rotation fixes:
? Addresses an issue that sometimes prevented rotating back to portrait after having rotated to landscape
? Improves performance and stability issues that occurred when rotating the device between portrait and landscape
? Fixes an issue where device orientation appeared upside down after pulling the iPhone 6 Plus from your pocket
? Resolves an issue that sometimes prevented apps from rotating to correct orientation after switching apps in multitasking

Enterprise fixes
? Improves reliability of installing and updating enterprise apps
? Corrects the time zone of Calendar events created in IBM Notes
? Fixes a problem that could cause web clip icons to become generic after restarting
? Improves reliability of saving the password for a web proxy
? Exchange out-of-office message can now be edited separately for external replies
? Improves recovery of Exchange accounts from temporary connection problems
? Improves compatibility of VPN and web proxy solutions
? Allows use of physical keyboards to log into Safari web sheets, such as for joining a public Wi-Fi ? network
? Fixes an issue that caused Exchange meetings with long notes to be truncated

Here is the full download list for all iOS 8.3 compatible devices. If you are looking for old iOS firmware you can find it here: https://leimobile.com/firmware-downloads/